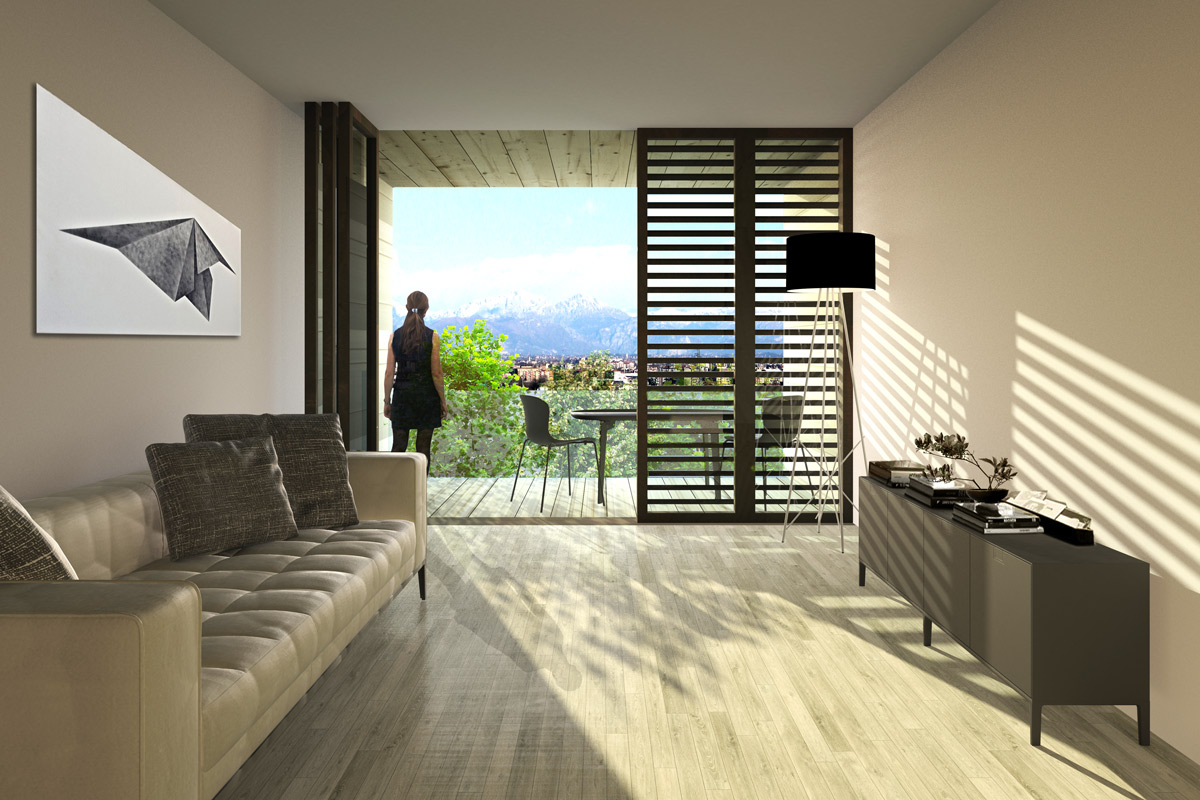 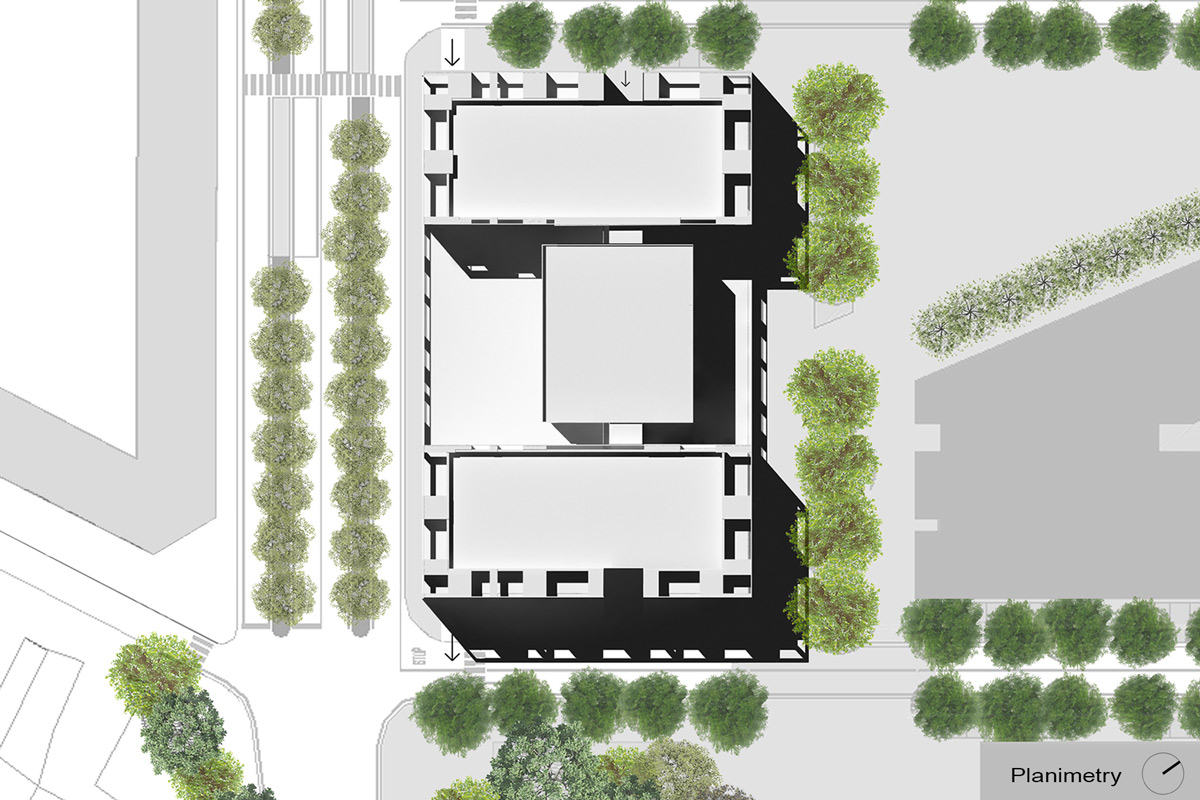 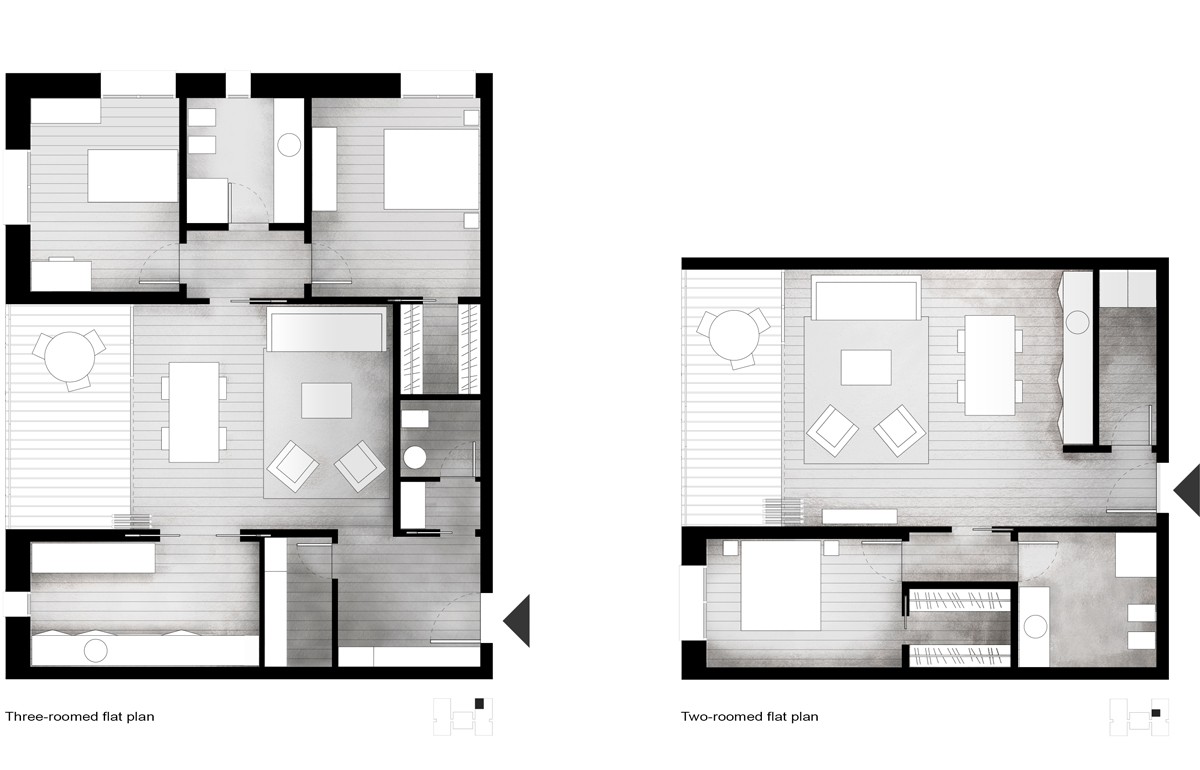 Urban context
City, village, post-industrial brownfield, dormitory neighborhood, road infrastructure, corporate campus. The identity of the Sesto San Giovani fade. Its edges are not clear, the relationship between parts not even.
The new urban planning, however, brings order into chaos, and has the power of a Renaissance re-foundation, in this city that has grown too quickly.
Our project takes literally the master plan drawn up by the Renzo Piano Building Workshop.
A choice that might seem like a simple homage to one of the most important architectural studies in the world, but which actually arises from the fact that we deeply believe in the approach of such planning.
In a place that lacks urbanity and public spaces, the construction of the city made out of blocks, boulevards and squares is simply the right solution.
Assumed that the “project of the city” can not be revolutionized every Monday morning, we investigate the classical European city, the one that has given us unsurpassed moments of urbanity from Haussmann and Beruto.
All new buildings must be aligned and conformed to the whole. The assignment of the task to design every single building to different architects is the antidote to monotony of urban blocks.

Architectural characters
The strict interpretation of the masteplan led us to conceive a substantially symmetrical building. Two vertical circulations core serve each of the two side wings and half of the central body.
The groundfloor is unified by a portico that alternates shop windows with wooden walls with incorporated seats.
As already suggested by the outline of the masterplan, there are counterpoints to the huge mass of the building, obtained by vertical substraction of volume.
Specifically, the façade is excavated in correspondence of the residences entrances, allowing natural light to flow towards the inner corridors.
The design of the façade also aimed to ease the building mass.
A non-uniform design, combined with the use of natural materials such as brick and wood, pursued a chiaroscuro vibration, which is the lost quality of the historical facades.
No “architectural skin”, no “brise-soleil facade”: our project reinterprets the best Milanese tradition of the city building, based on a relationship between fullness and emptiness, blind walls and windows, mineral surface of the façade and softness of the domestic interior.
The facade is therefore a composition of full and empty. Voids are deep and habitable loggias, real outdoor extra-room, in which the life of the building becomes visible from the street, humanizing the city’s landscape.
In correspondence of the distribution corridors the lodges become common spaces, open to the free use of the inhabitants.