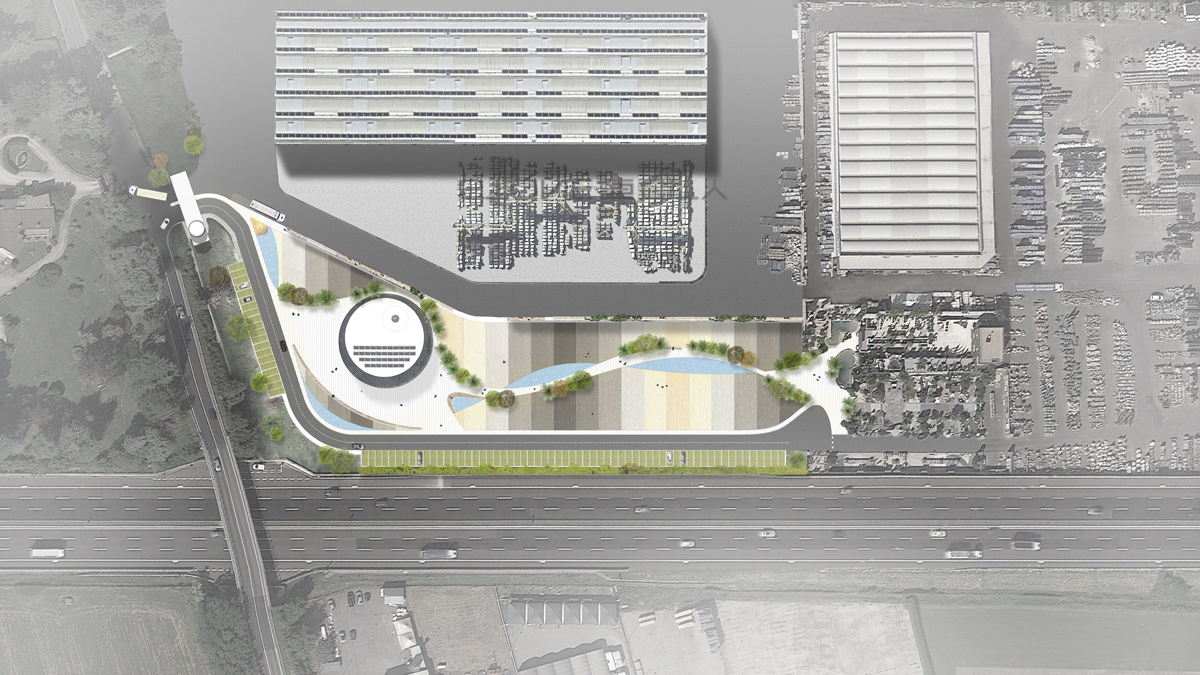 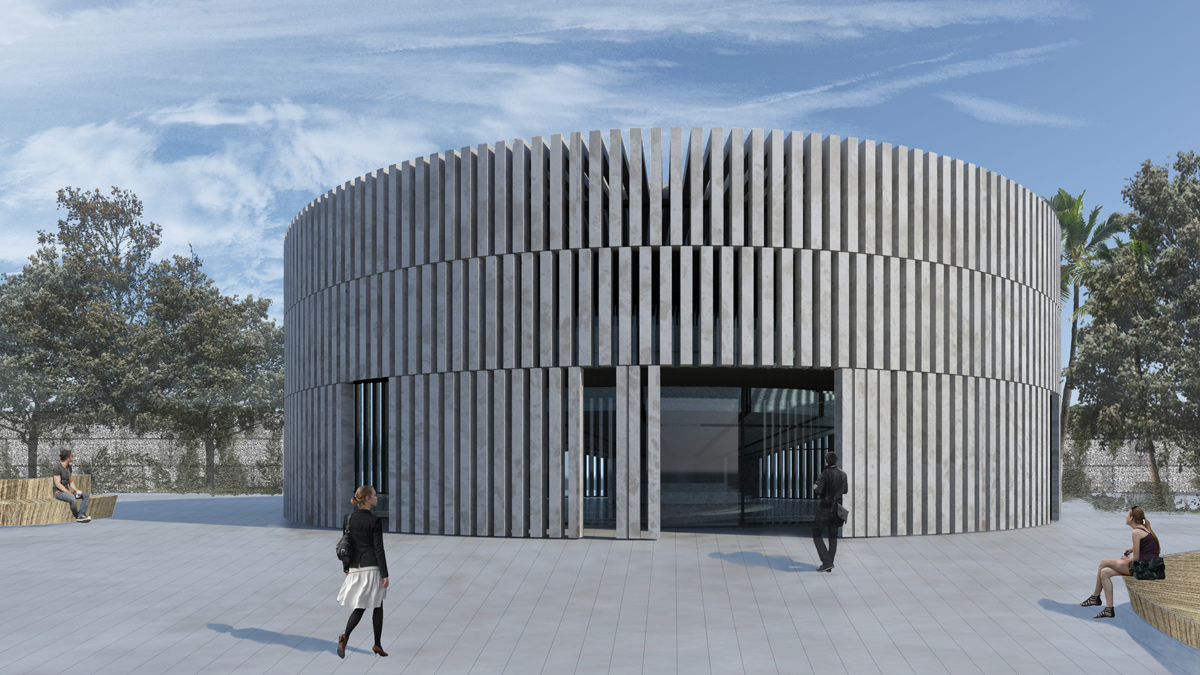 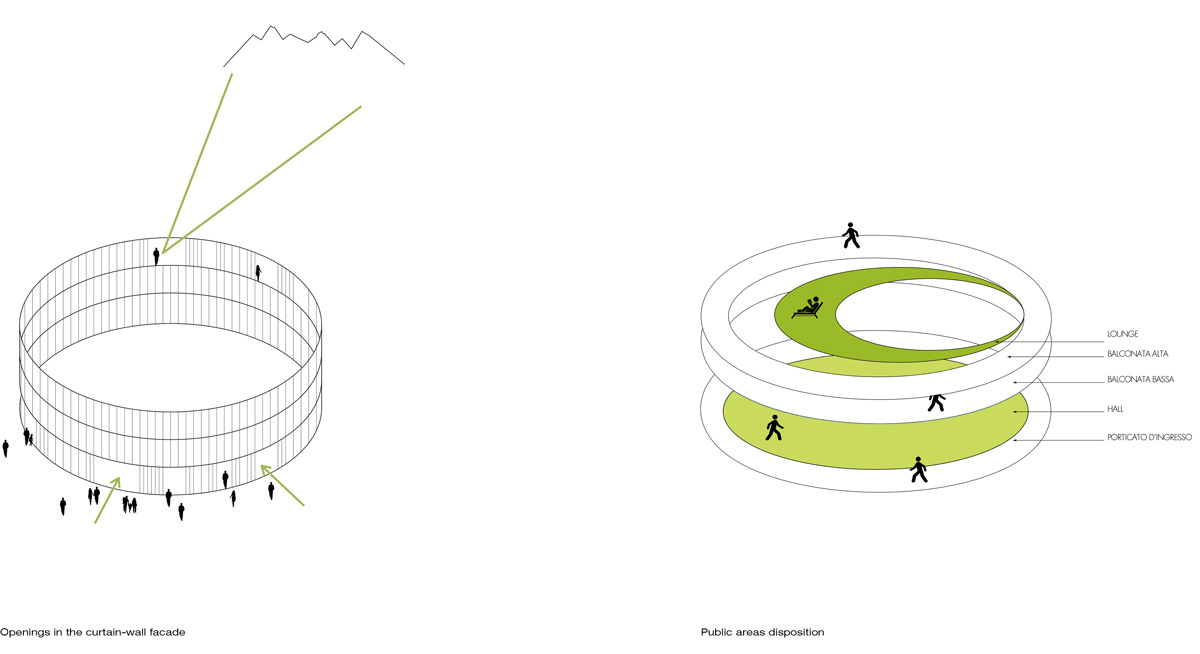 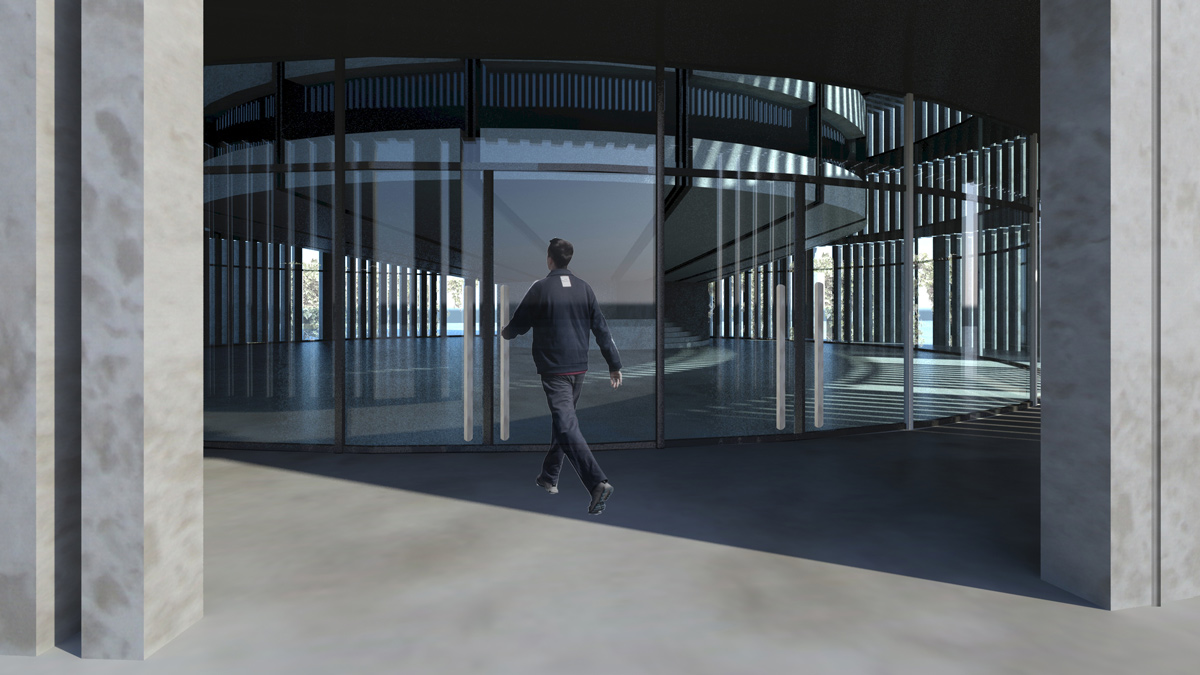 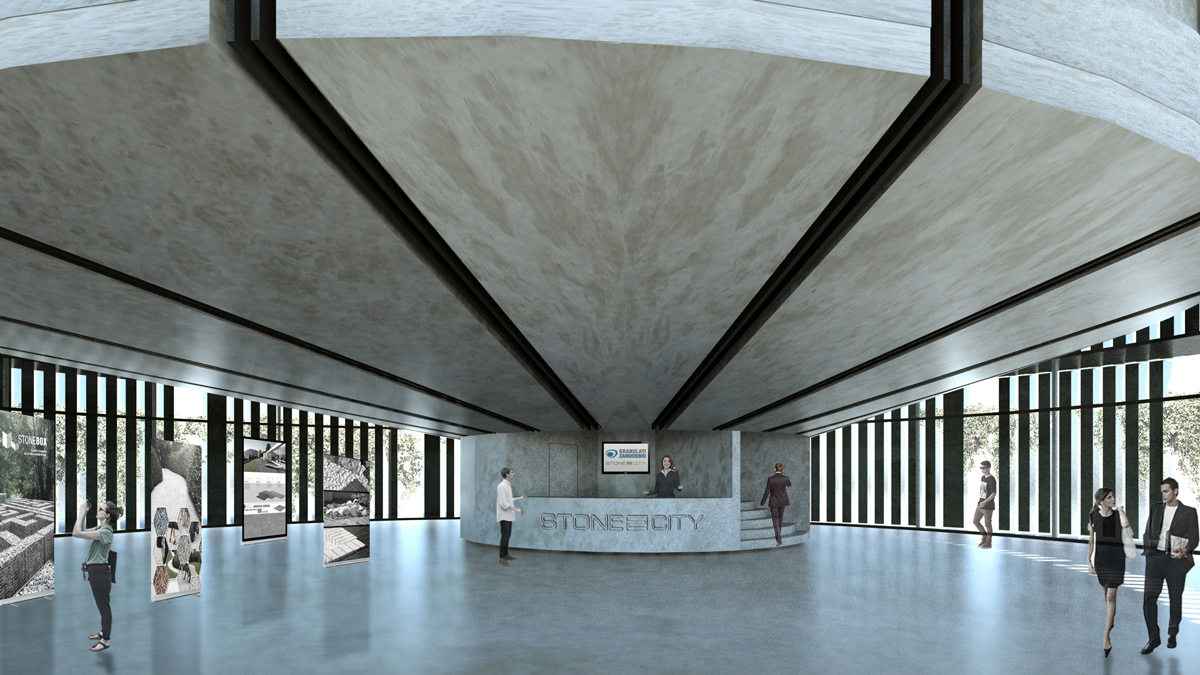 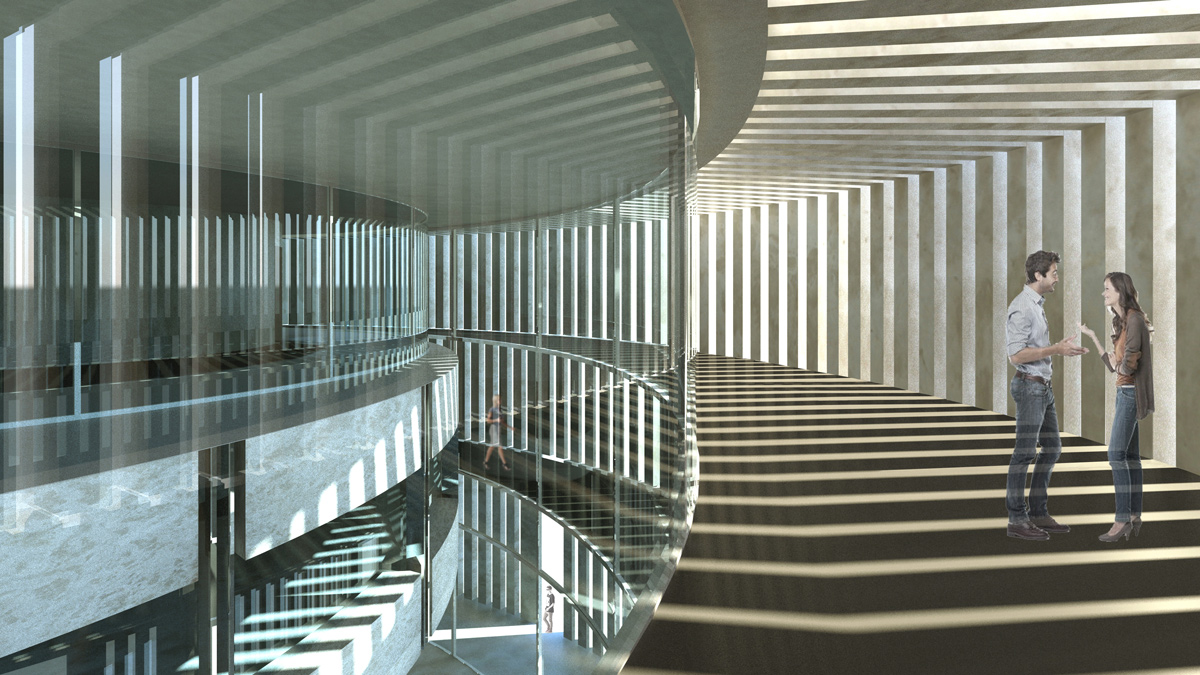 In a deliberate attempt to go beyond the mere design of a building, our project recalibrates the visual impact of Stone City from the highway, that is the statistically predominant site perception.
The existing park is a real paradise, but for the millions of motorists passing through, its few seconds apparition tends don’t create a clear association with the materials produced and sold by Granulati Zandobbio.
We believe that an efficiency of the communication approach can be pursue with three operations described below.

1_The Stone Garden
The wide project plot, connecting access from the provincial road with the current exhibition garden, is treated as a sort of huge showcase and then transformed into an authentic stone garden.
What better product to be staged than the one who give the name to the company? the granulate.
It will take a few moments to perceive an essential message: an external stone granulate flooring is a beauiful solution.
Few shrubs to shade sinusoidal pedestrian paths and some water mirrors accompany a large land art installation consisting of granular rocks of different type laid over the Gravelfix support.
Along the North Side, a large StoneBox wall divides the park from industrial areas.

2_The Stone House
The new building looks like a temple immersed in Stone City’s garden, it is the convergence point of the whole lot, and is entirely covered with Zandobbio marble. As a contemporary Taj Mahal stands out in the landscape, it creates curiosity and mystery, inviting the visit.
The Stone House has a circular plan, as in the nearby “Torre dei Venti” at the Bergamo’s highway gate, it never show any backside and in every point is accessible.
The ground floor is totally empty and open to any program. Reception countertop, bathrooms, staircase and elevator come together within the building’s structural core.
Like a large quarry machinery, the offices volume is suspended above the lobby: no pillar or wall to reduce spatial programming possibilities.
On the second floor, there is the informal coworking area and a balcony that overlooks the lobby.
The building is made up of a steel frame, stiffened by a reinforced concrete structural core. Its skin is entirely made up of stone monoliths that support open balconies.
The dual skin protects against the noise of the highway and performs an efficient solar control.

3_The Big Logo
In the vastness of the highway landscape a simple totem is likely to go unnoticed.
The “STONE CITY” logo – in its maximum legibility, i.e. Horizontal, is installed on the roof of the new factory building.
A giant white sign, as Holywood famous bilboard, create a background to the entire complex.