The history of round tables is ancient, when not legendary. By comparison, the era of modern design, with its infinite theme variations, lasts a mere moment.
Innovating the round table typology isn’t more interesting than looking for its hidden formal relationships and archetypes that, since classical art, substantiate the primary forms. 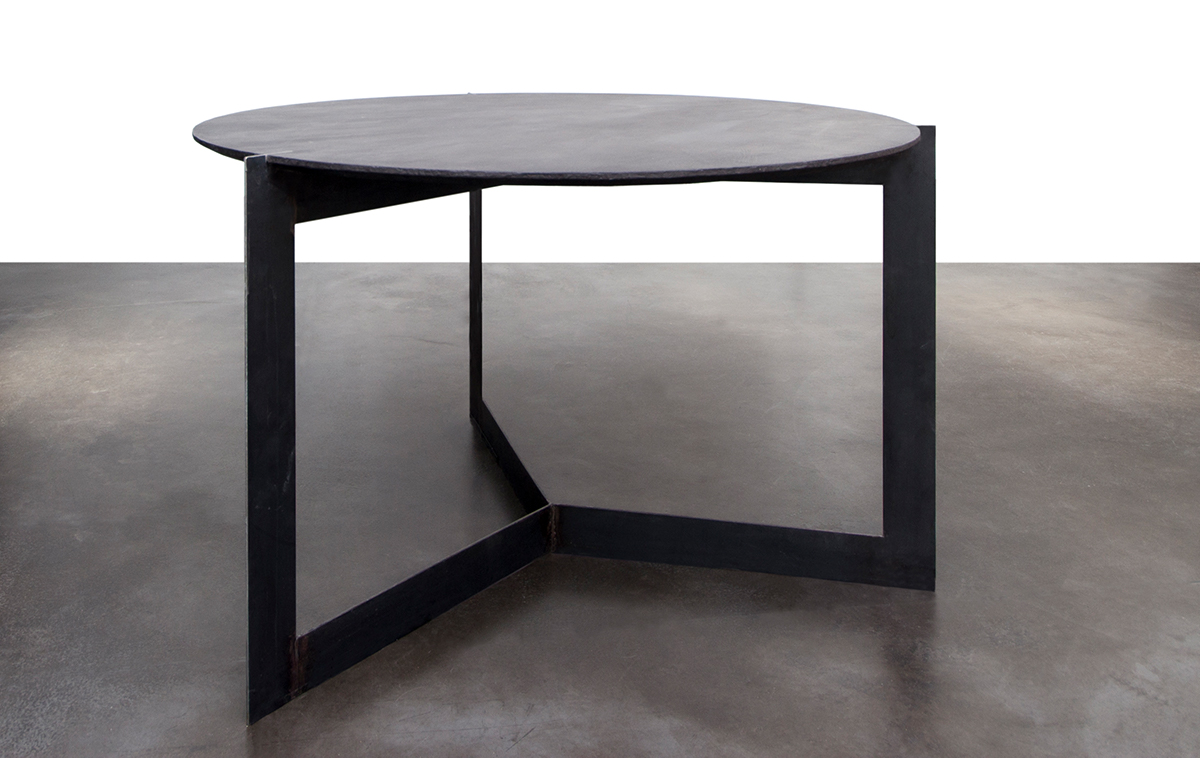 The table is generated from the geometric relationship between circular curvature and triangular lines, already used to compose the famous classical statue of the Discobolus.
As three points are sufficient to define a plane in space, the circular top is supported by only three legs. Made of thin steel plates, aren’t limited to support the top from below, but penetrate its mass until they emerge on the upper surface.
As the fingers of the Discobolus hand furrow the disc in the act of throwing it, so the legs of the table pierce the top like ax blades, whose powerfull action is frozen ad libitum.
The MDF top, coated with microcement supplied by Pancotti Superfici has a great material richness, but at the same time is tapered towards the edge to emphasize its thinness.
Despite the material differences among top and legs, the black pigmentation of the concrete unifies the artifact, giving conceptual abstraction to the table. 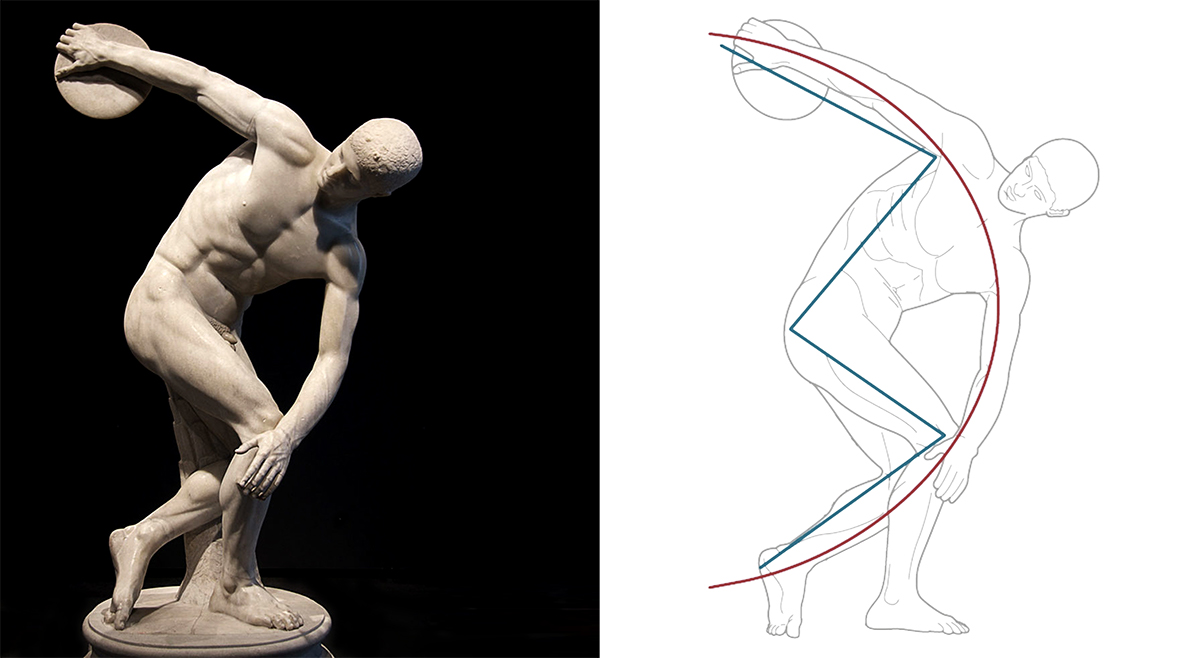 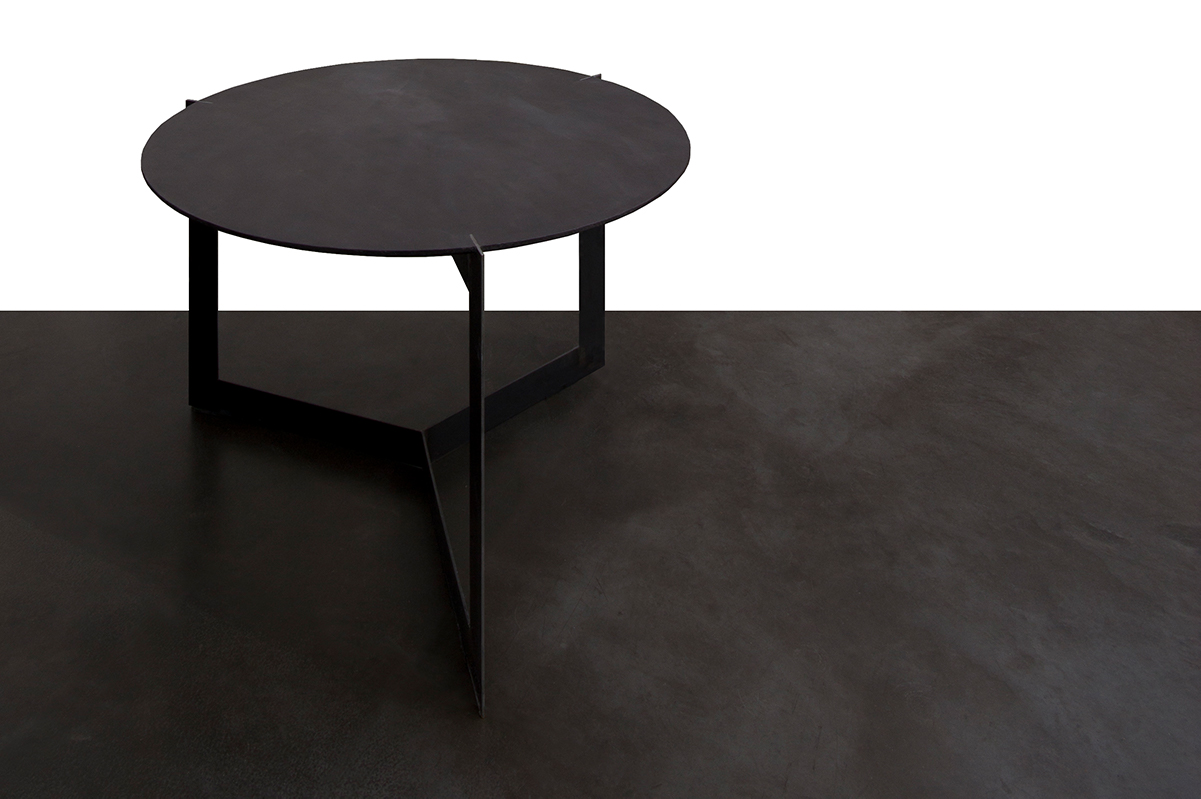 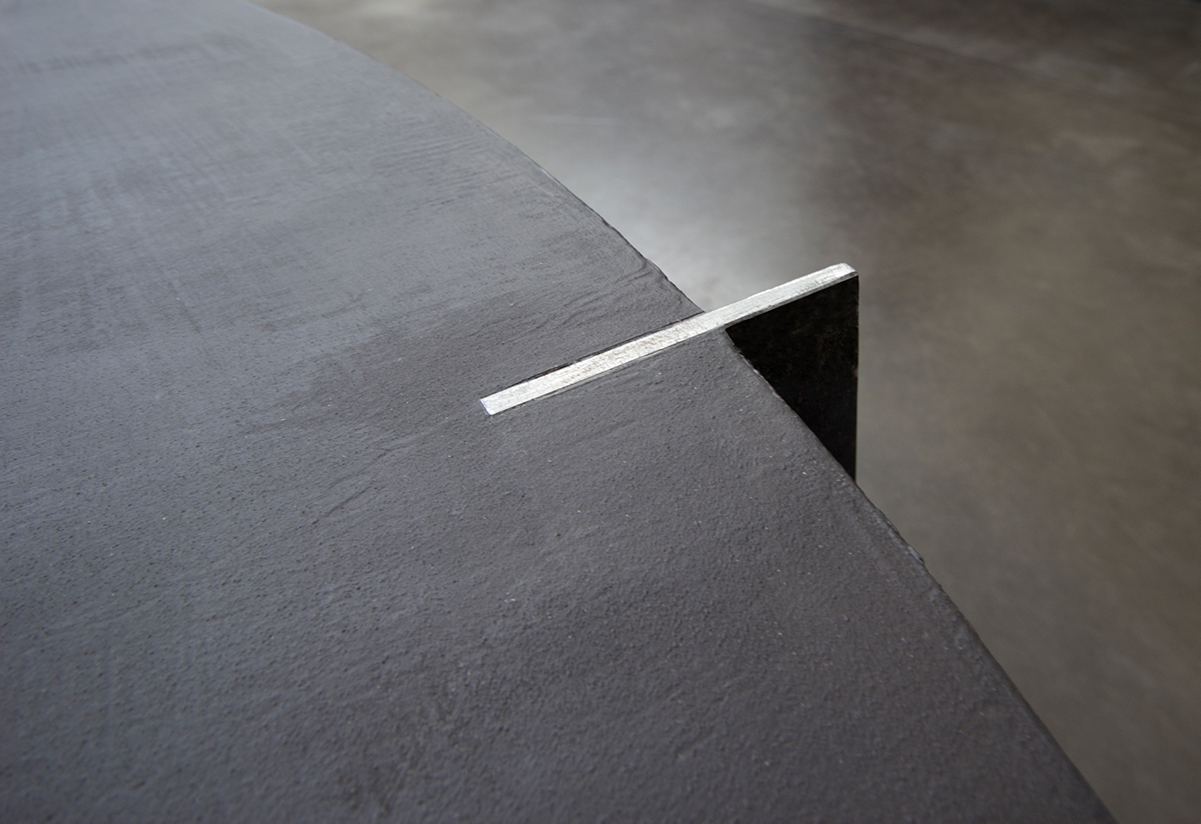 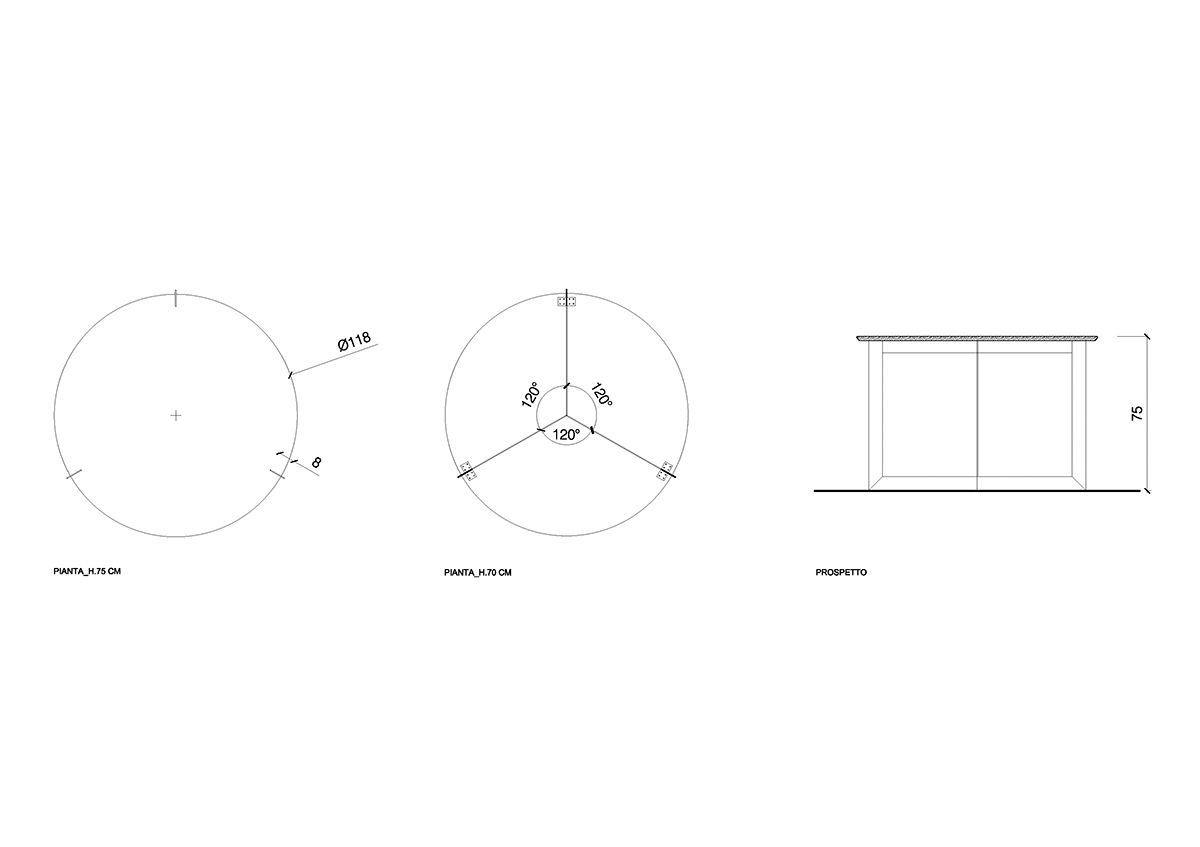