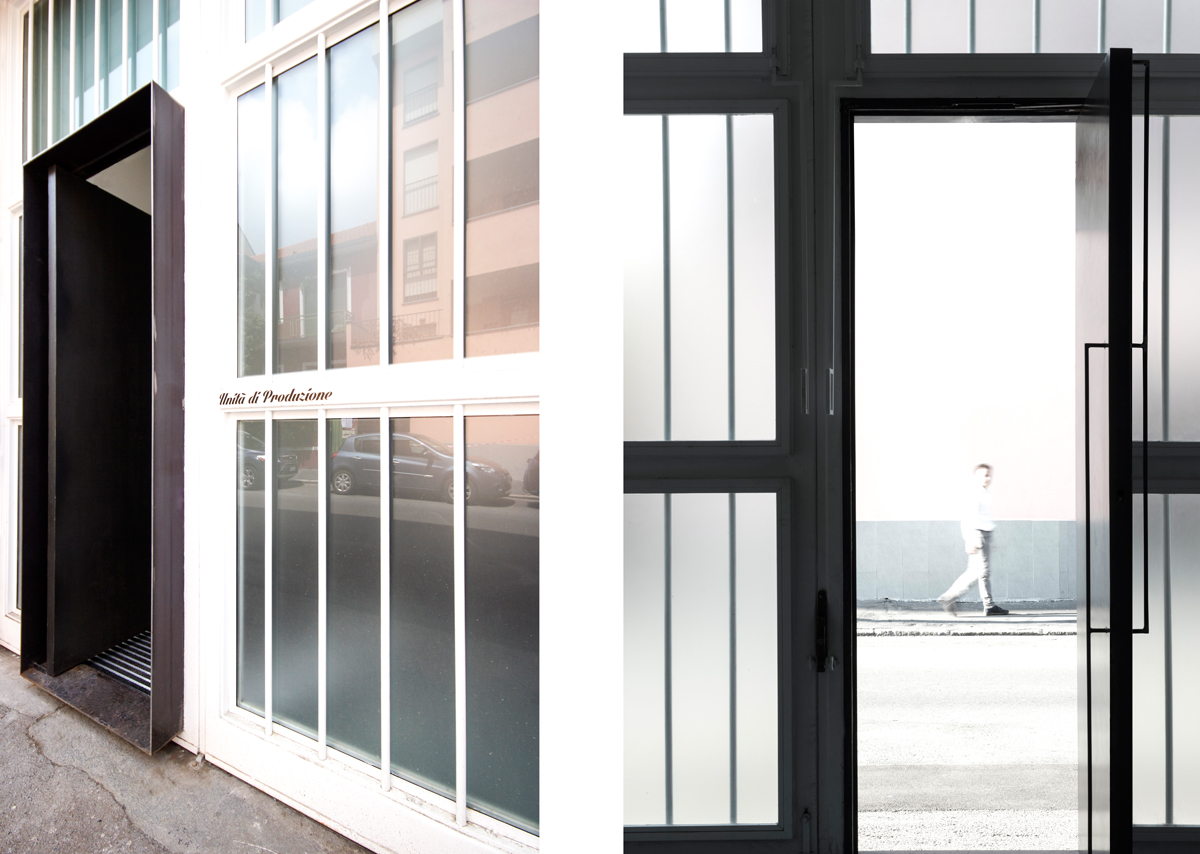 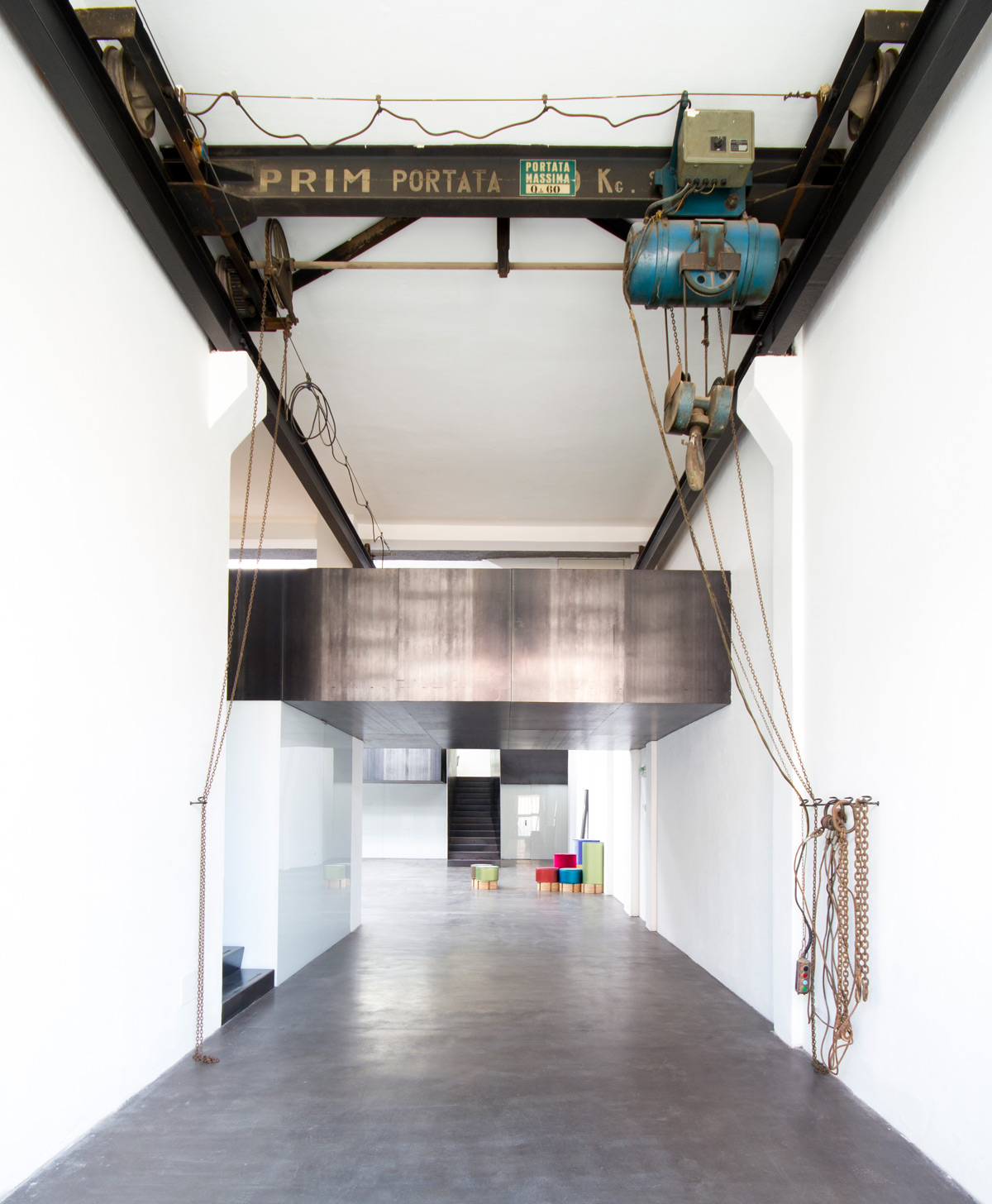 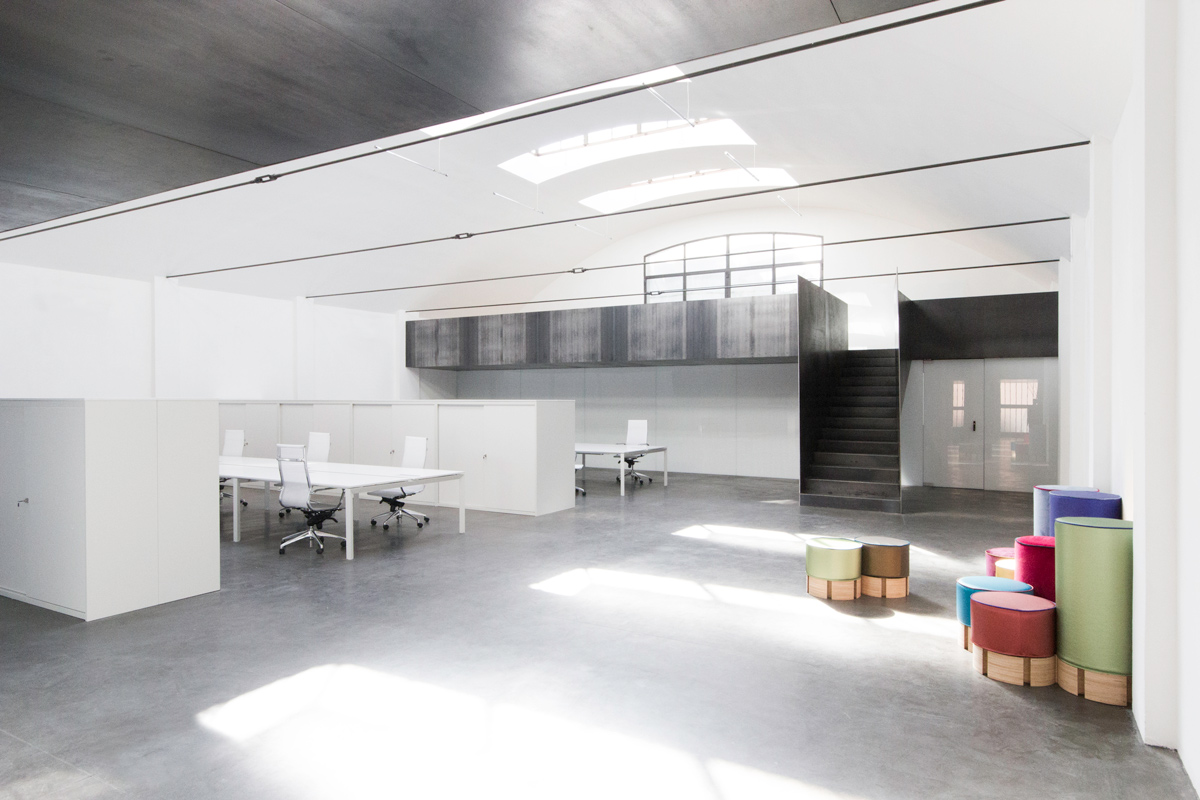 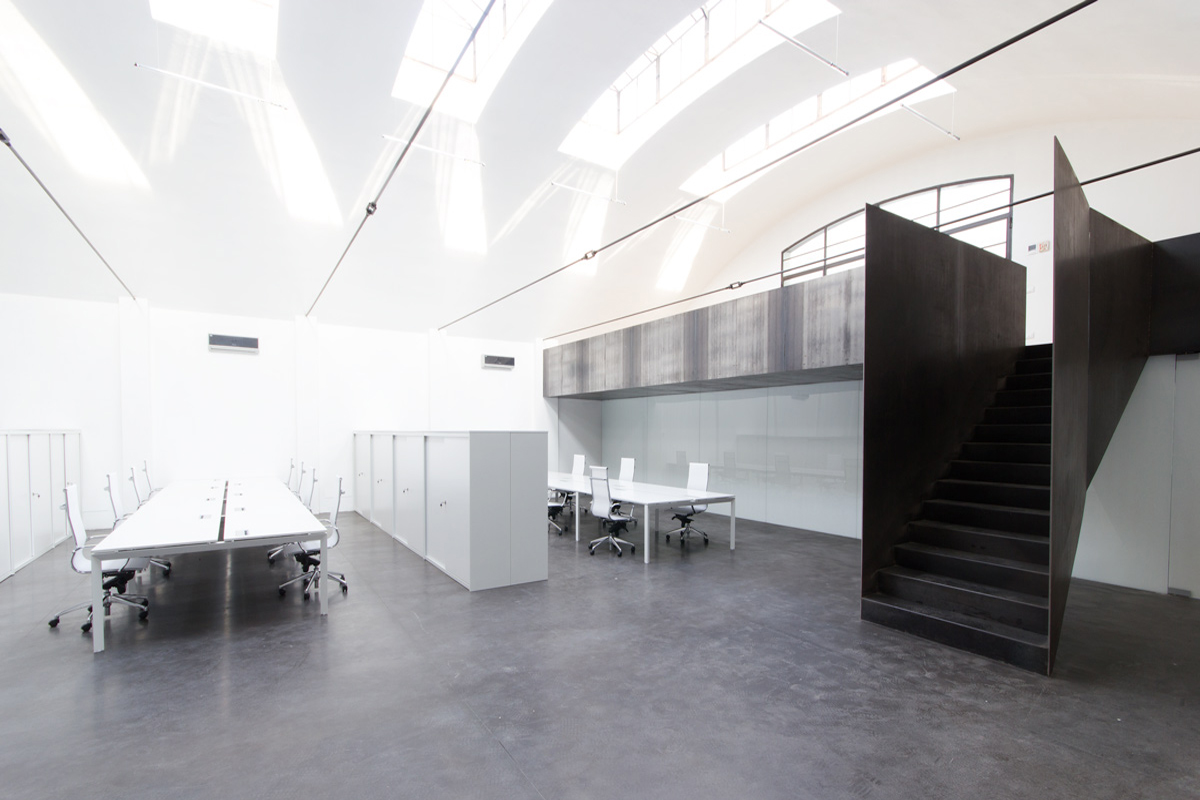 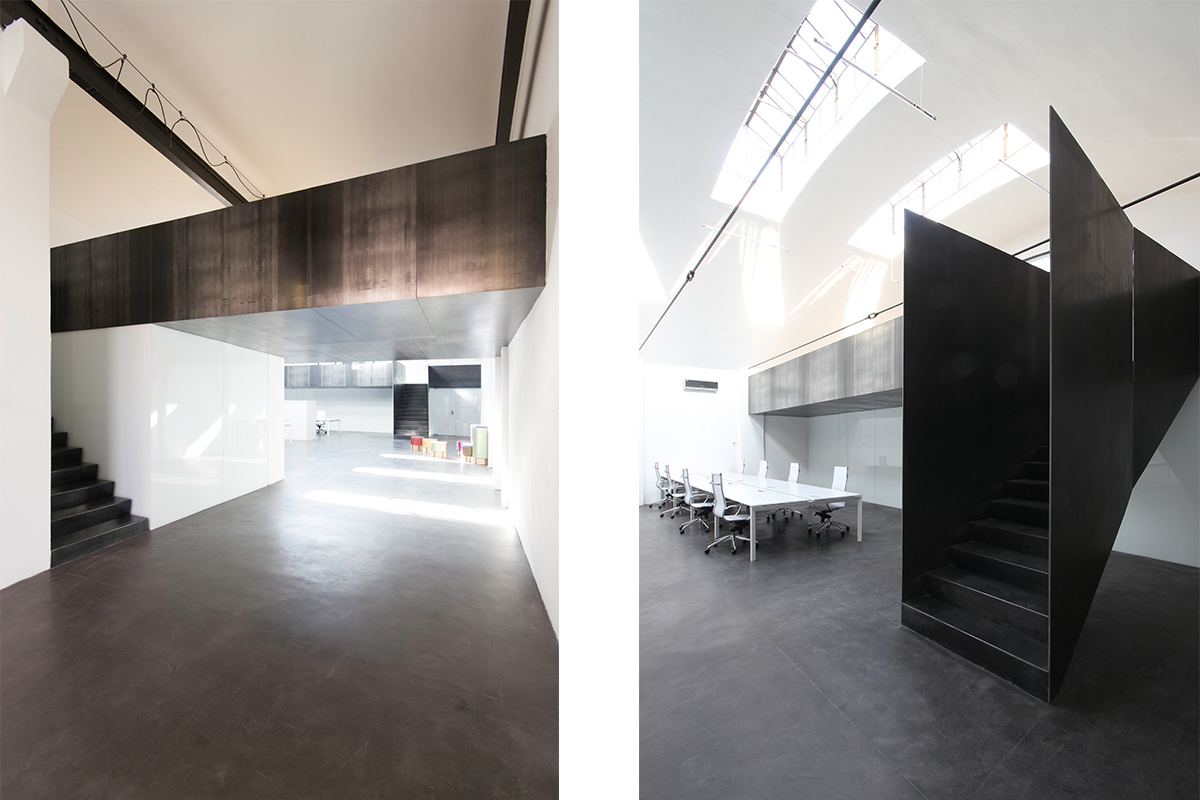 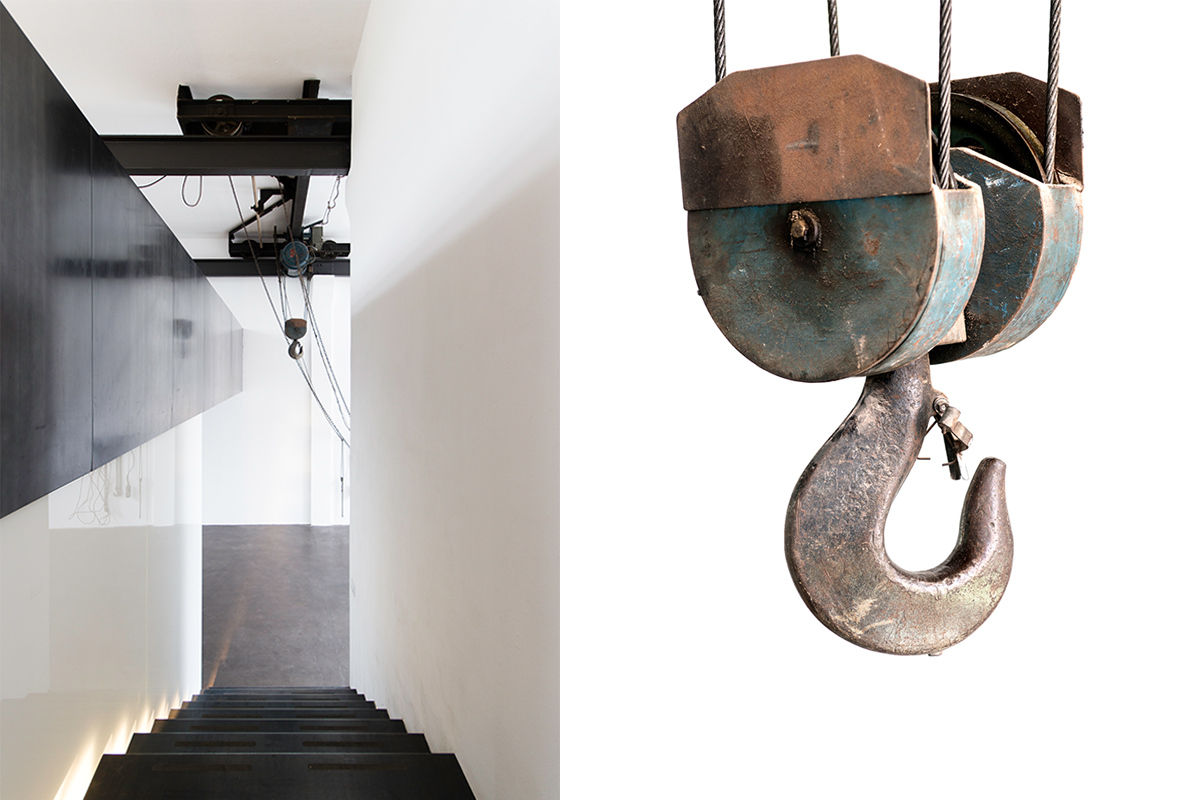 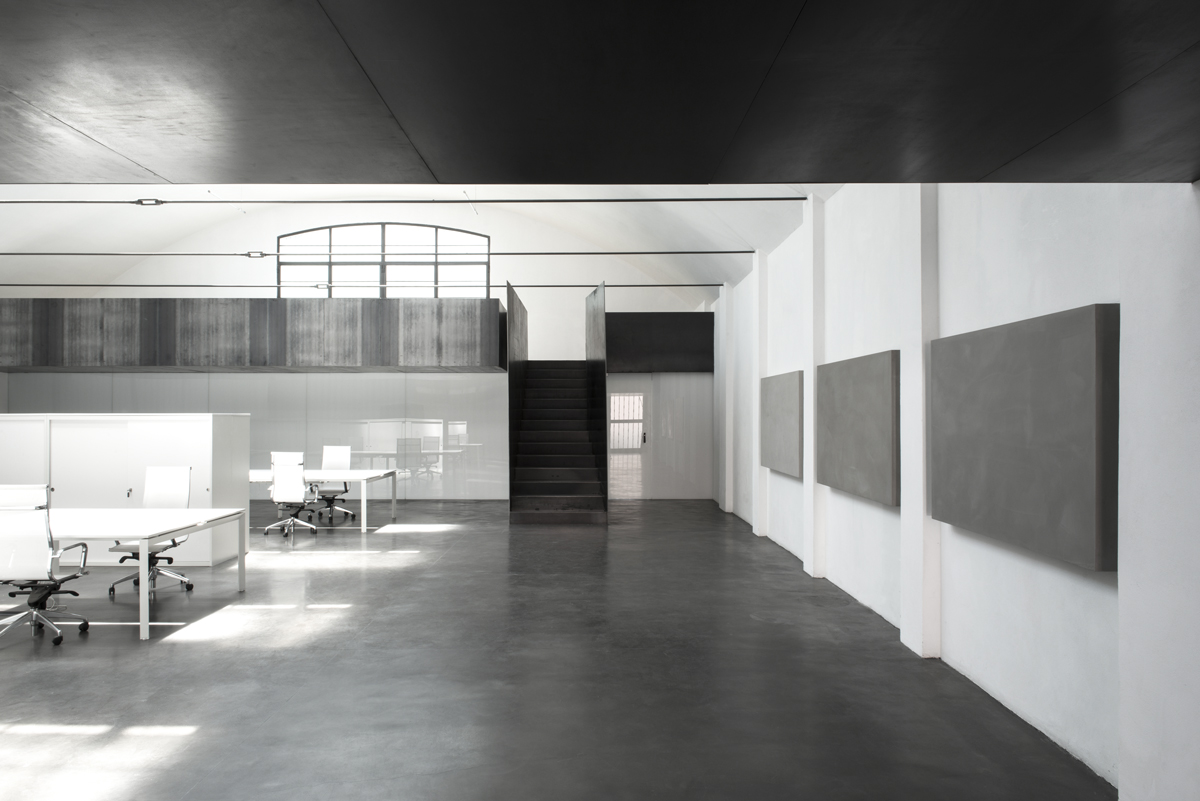 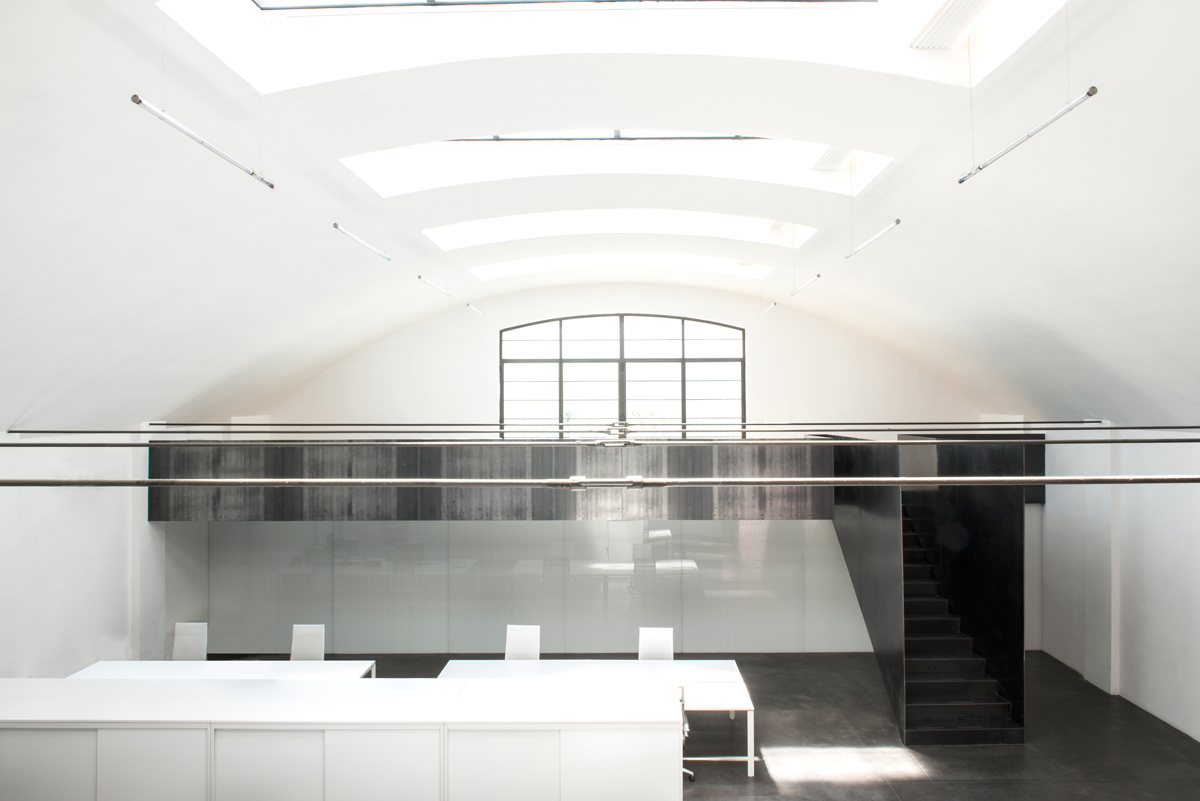 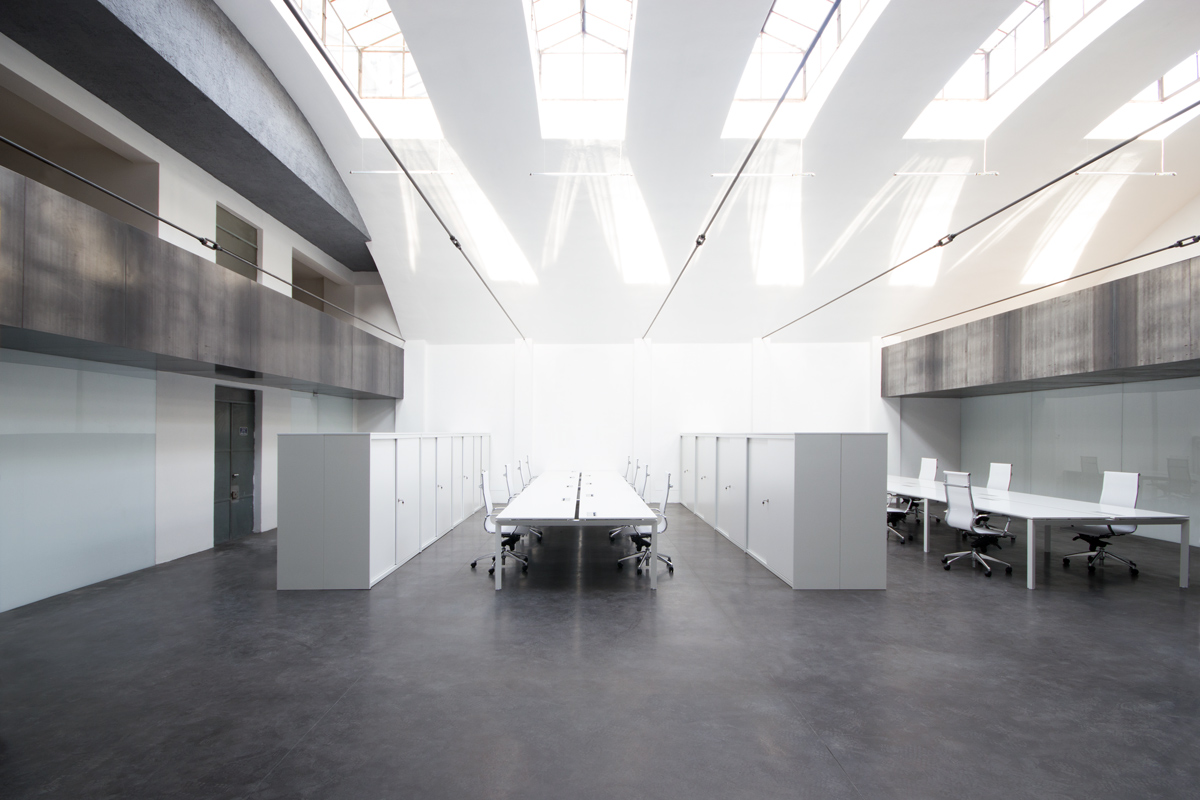 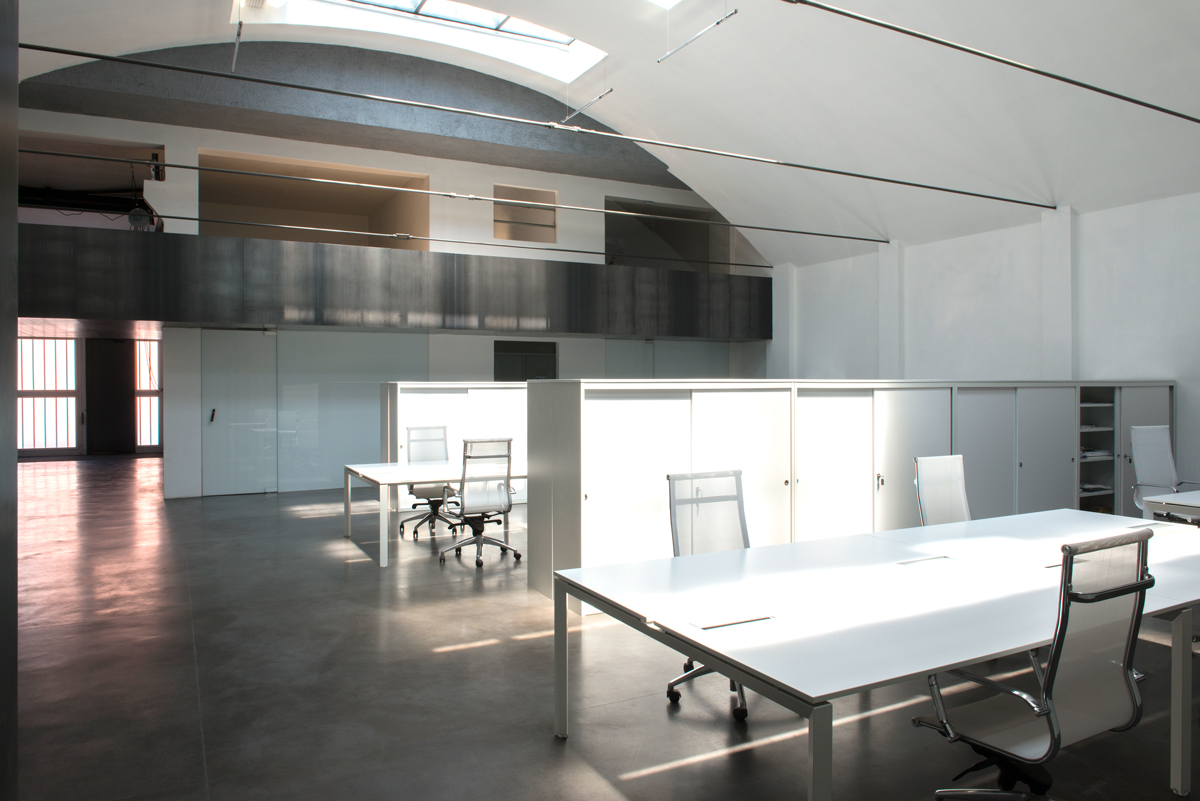 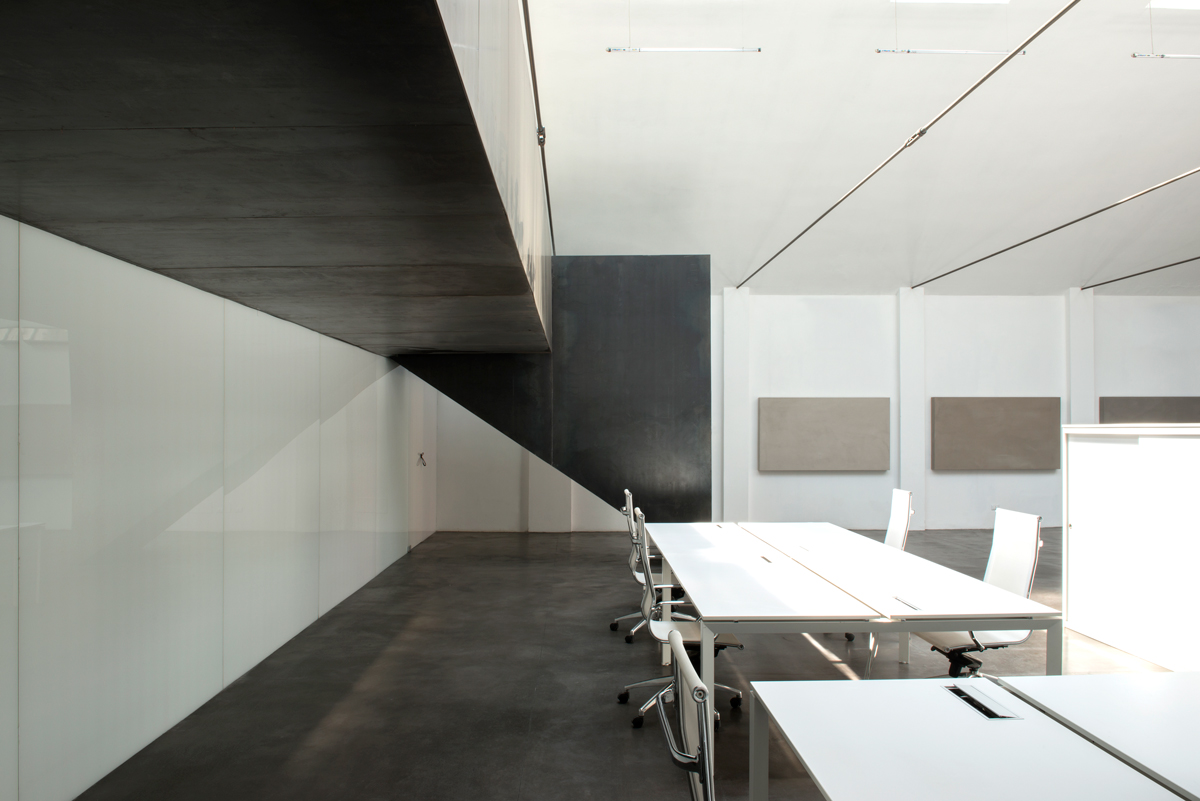 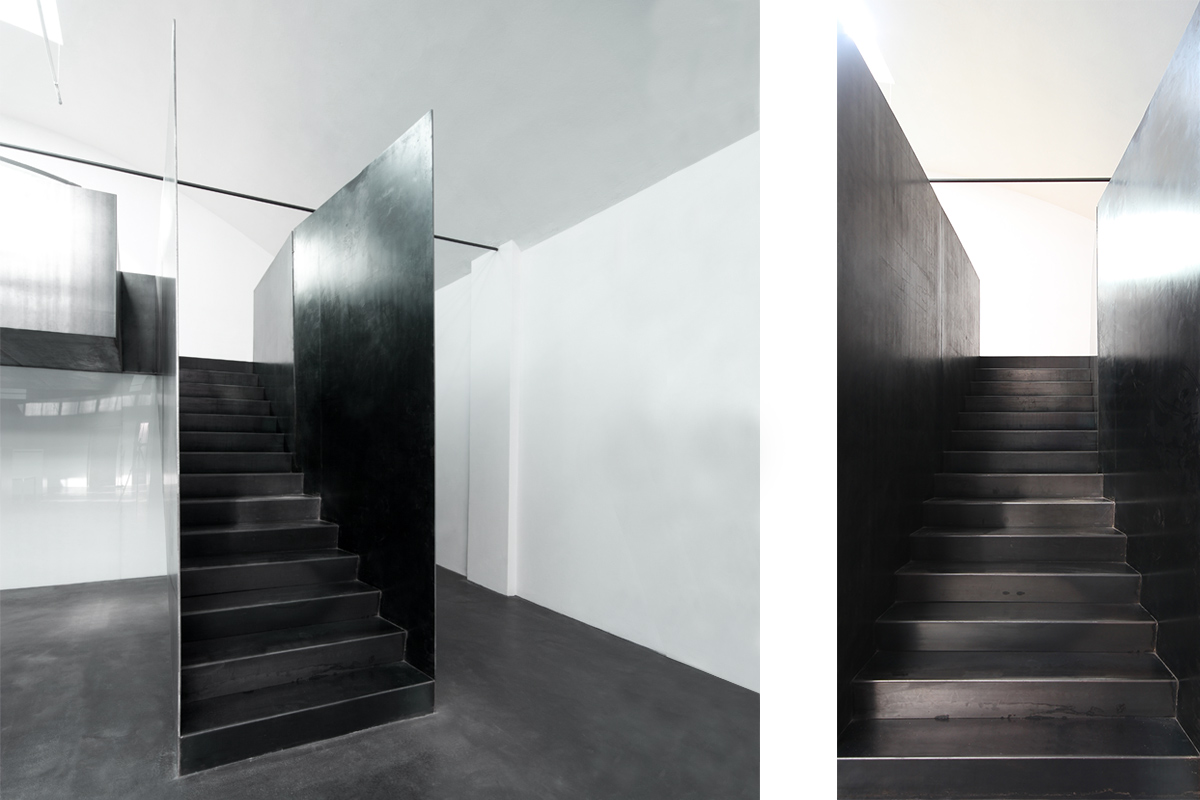 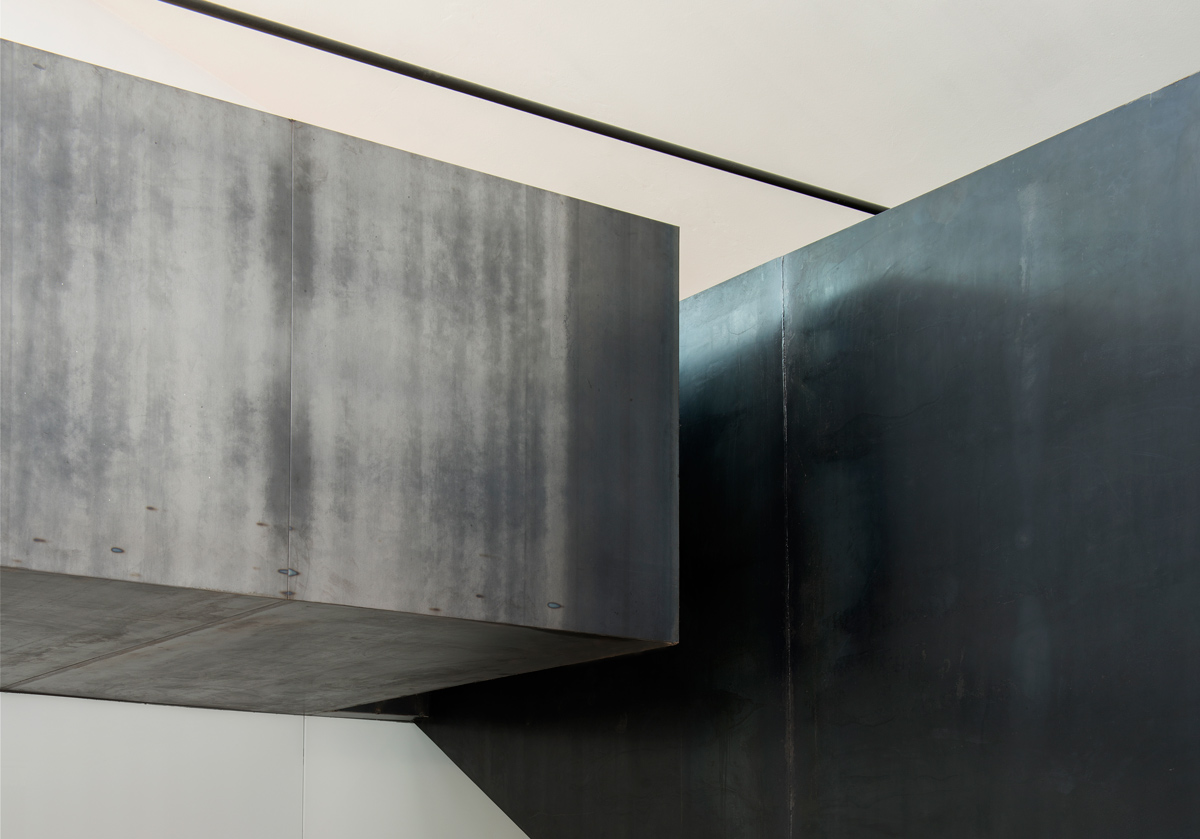 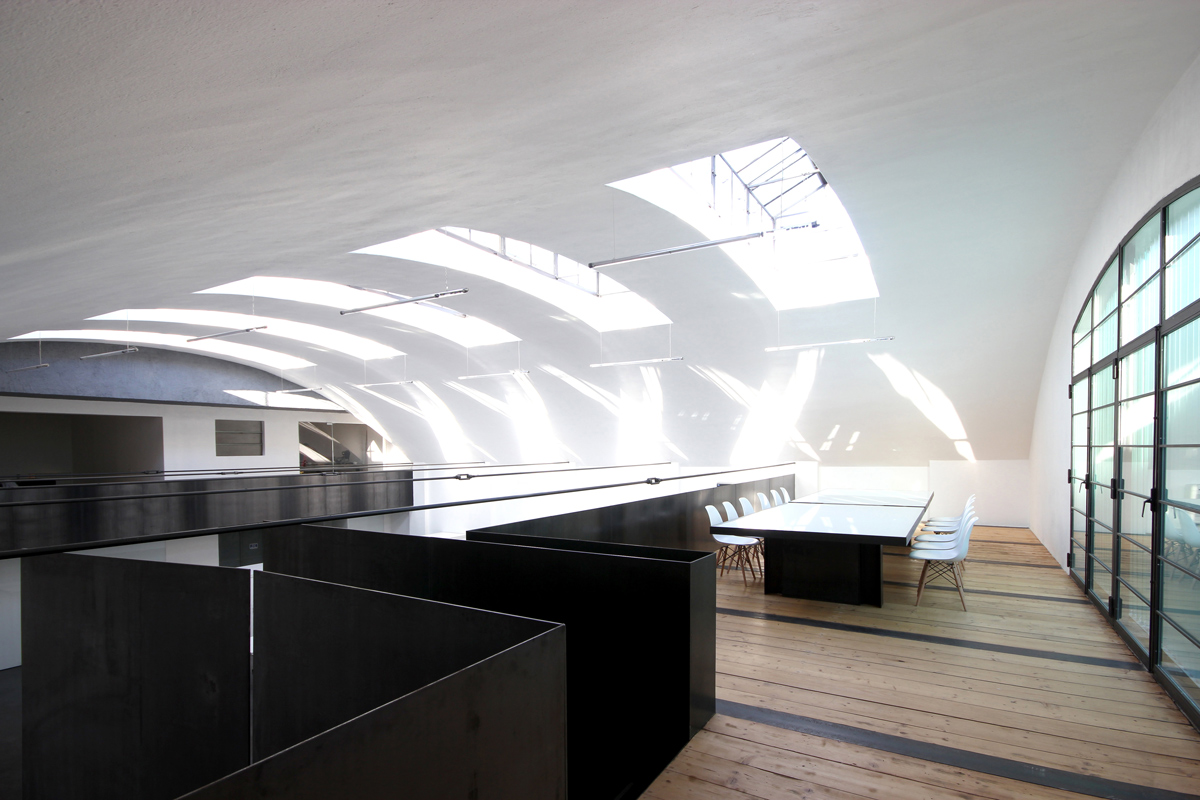 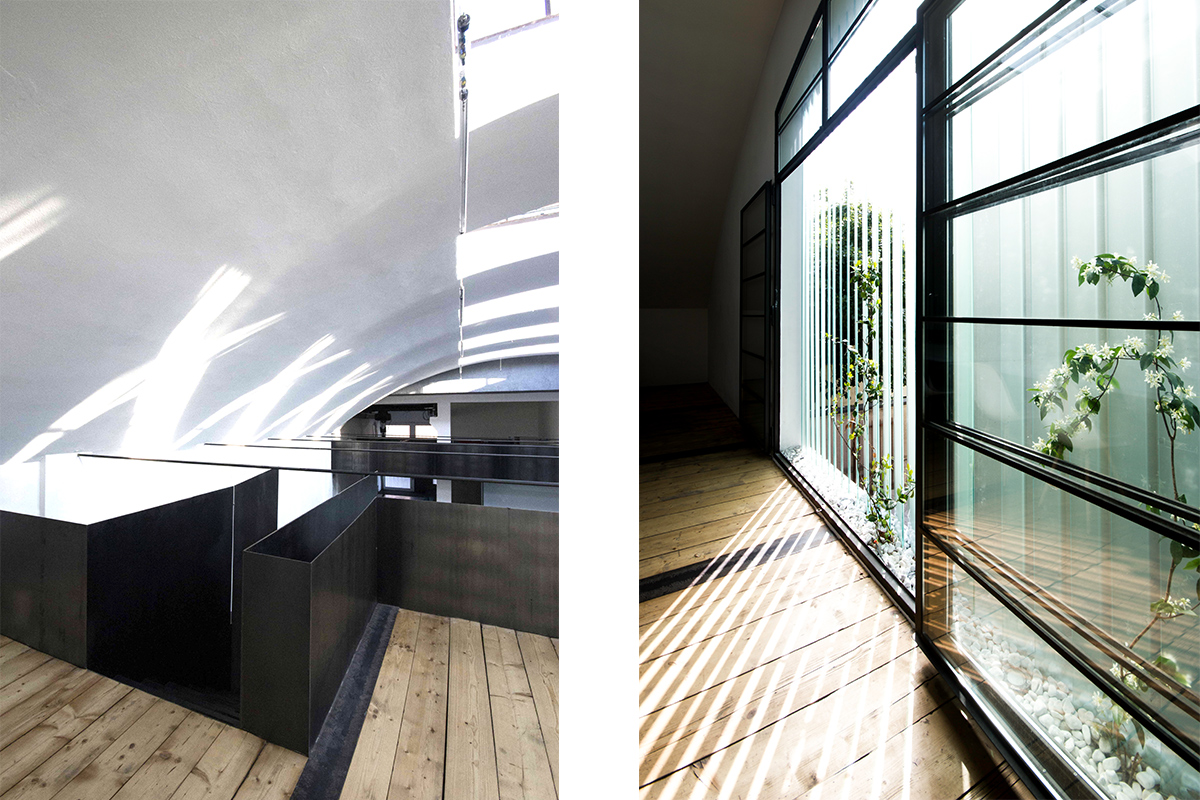 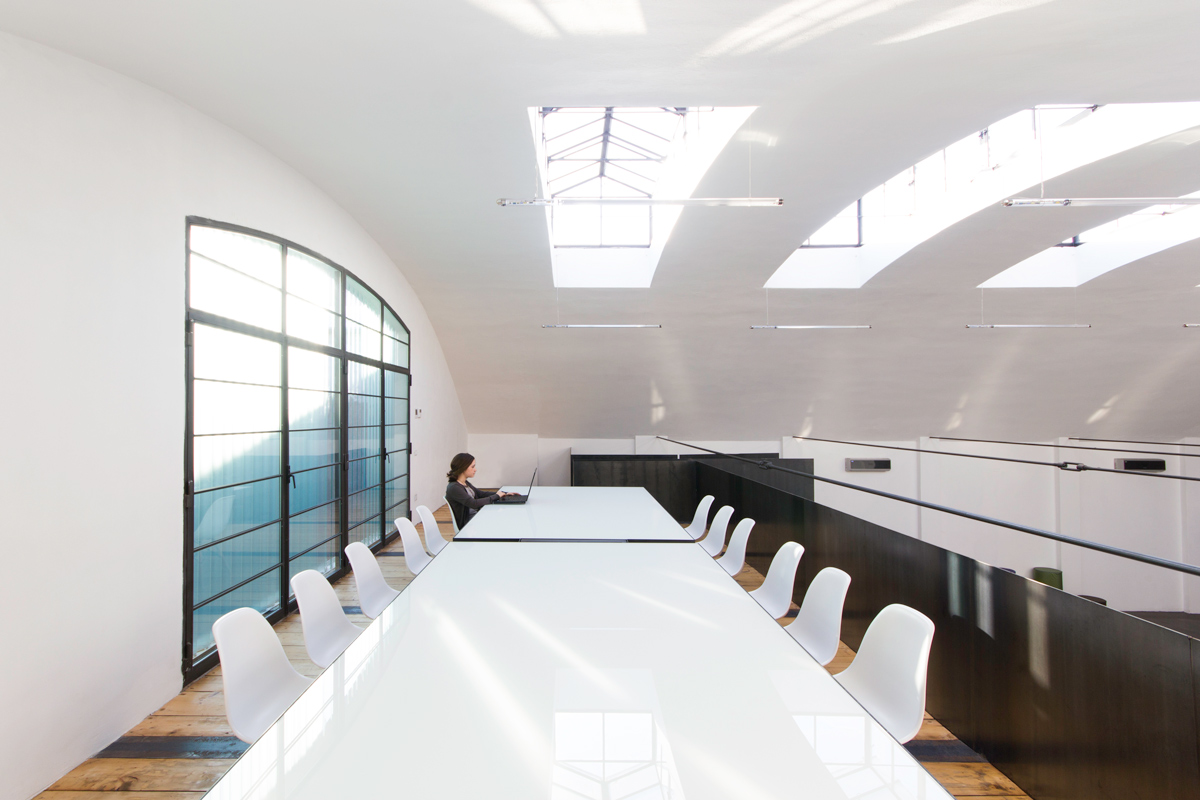 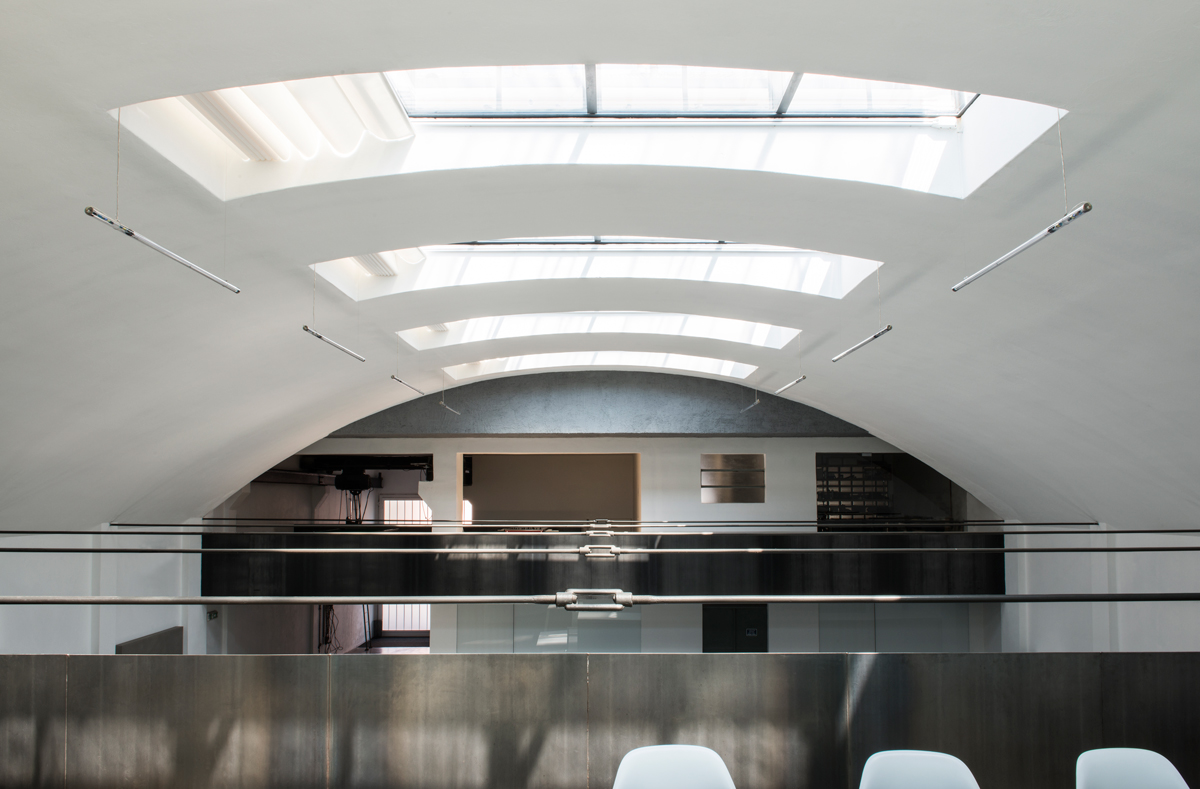 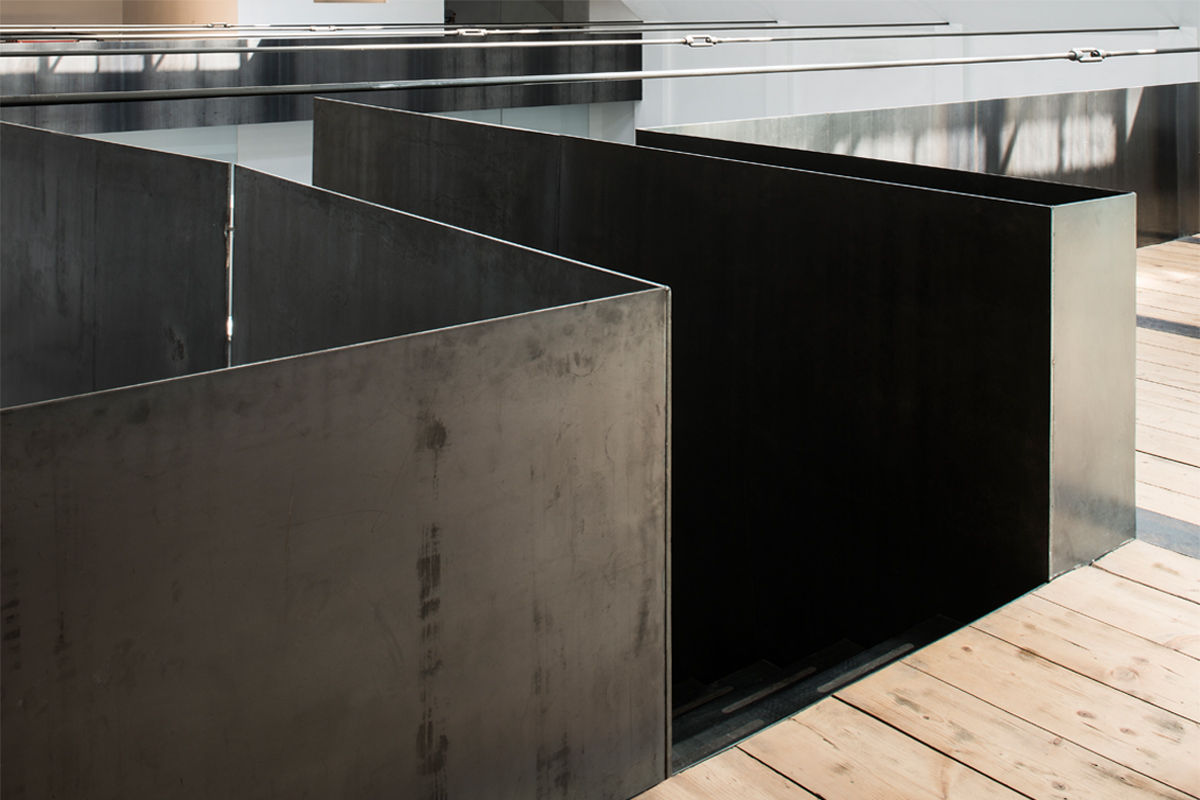 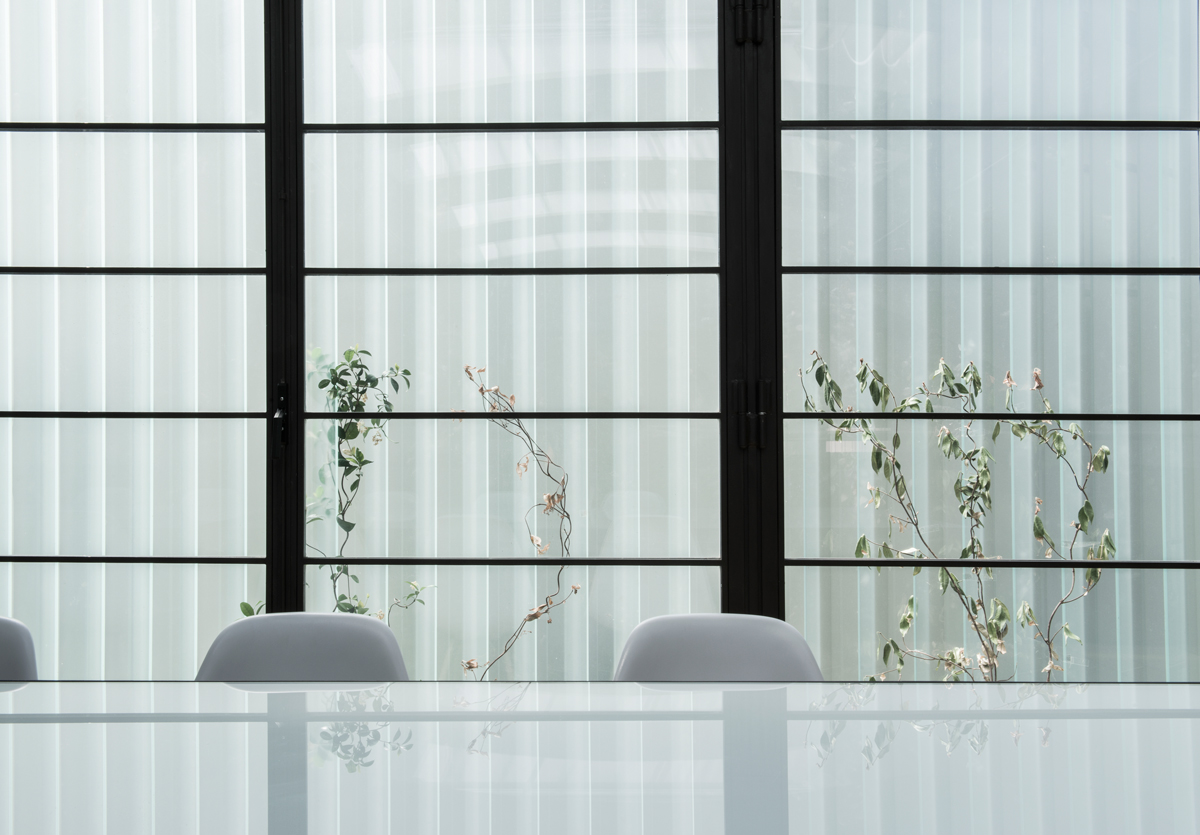 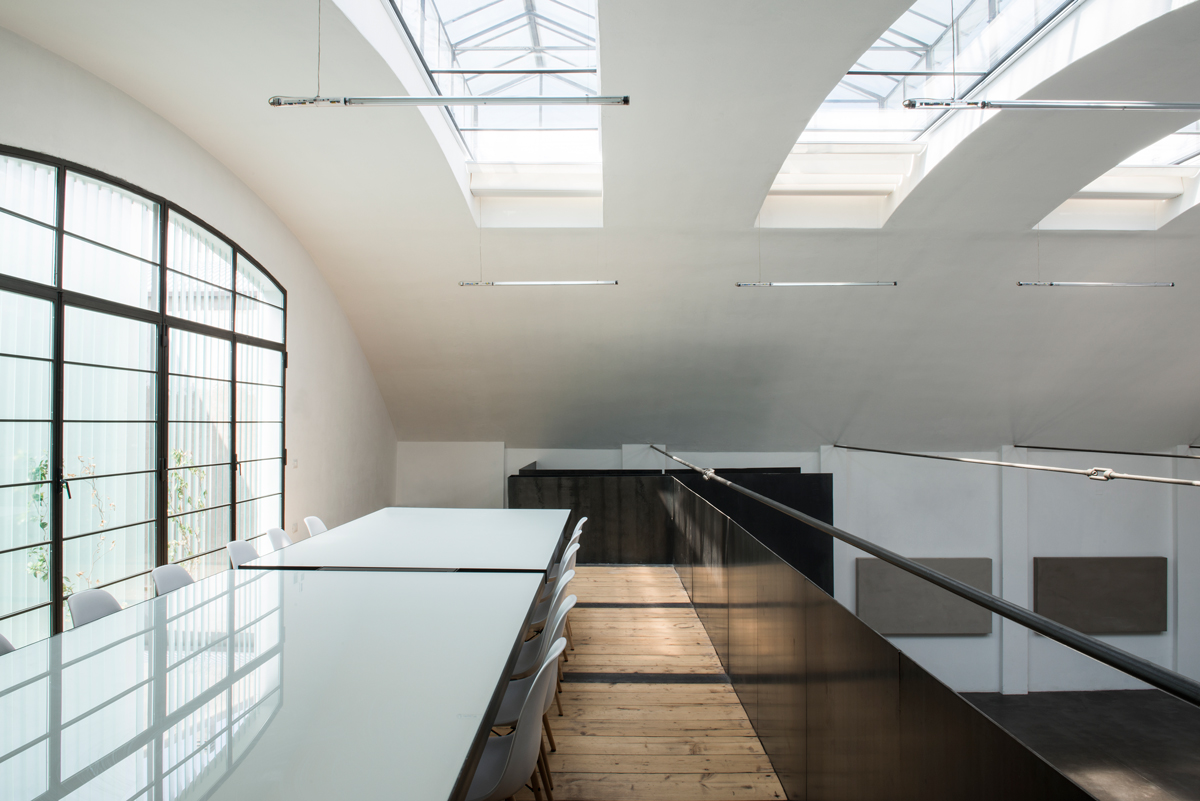 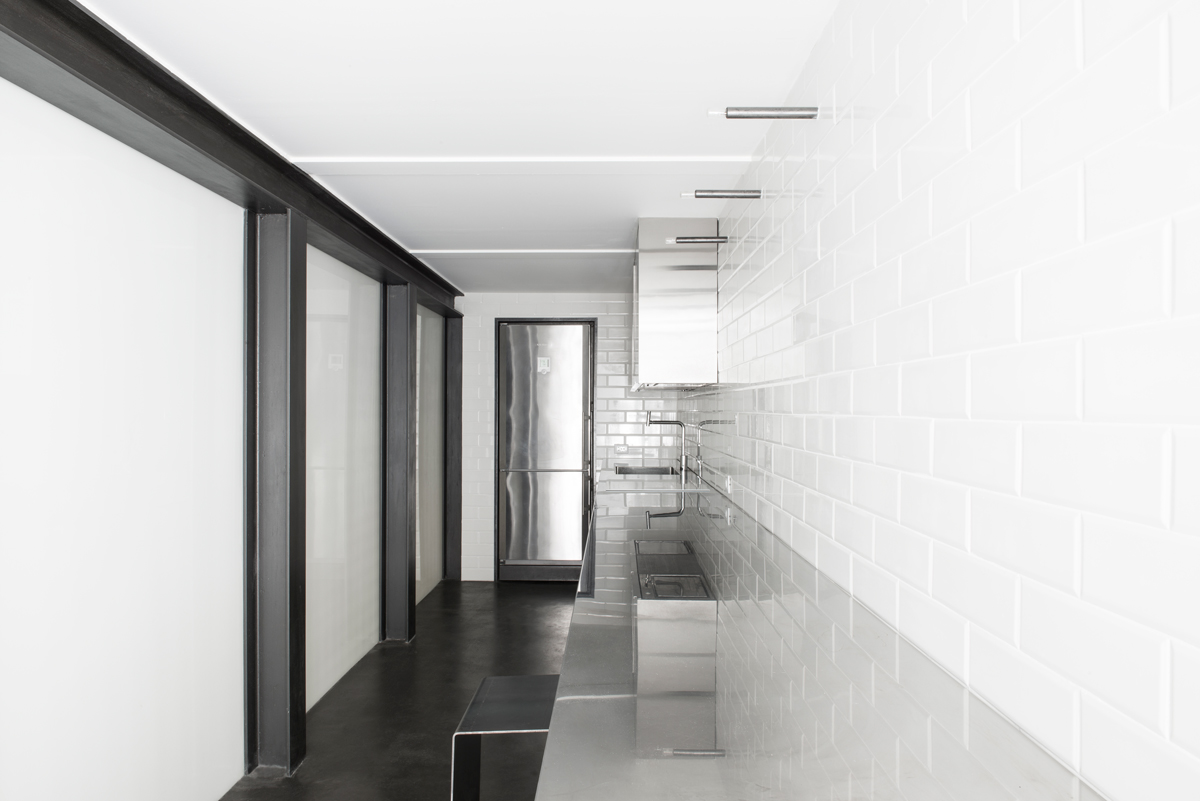 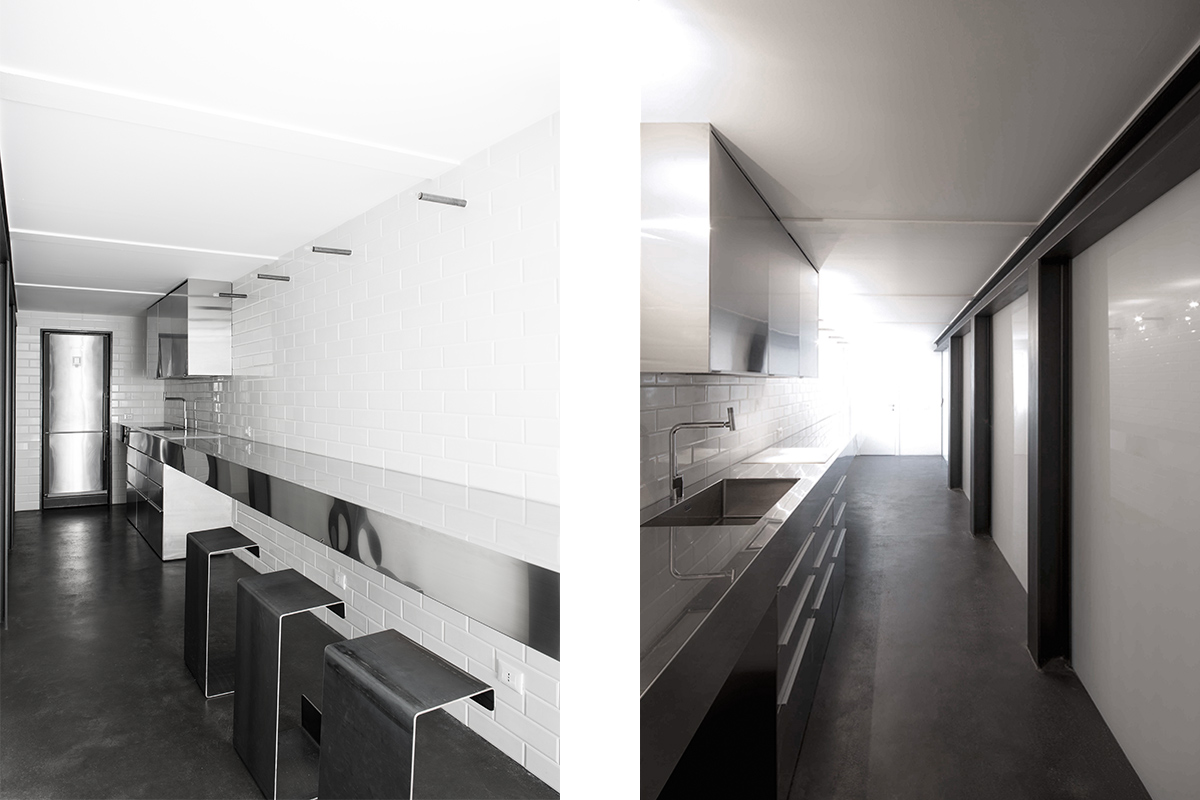 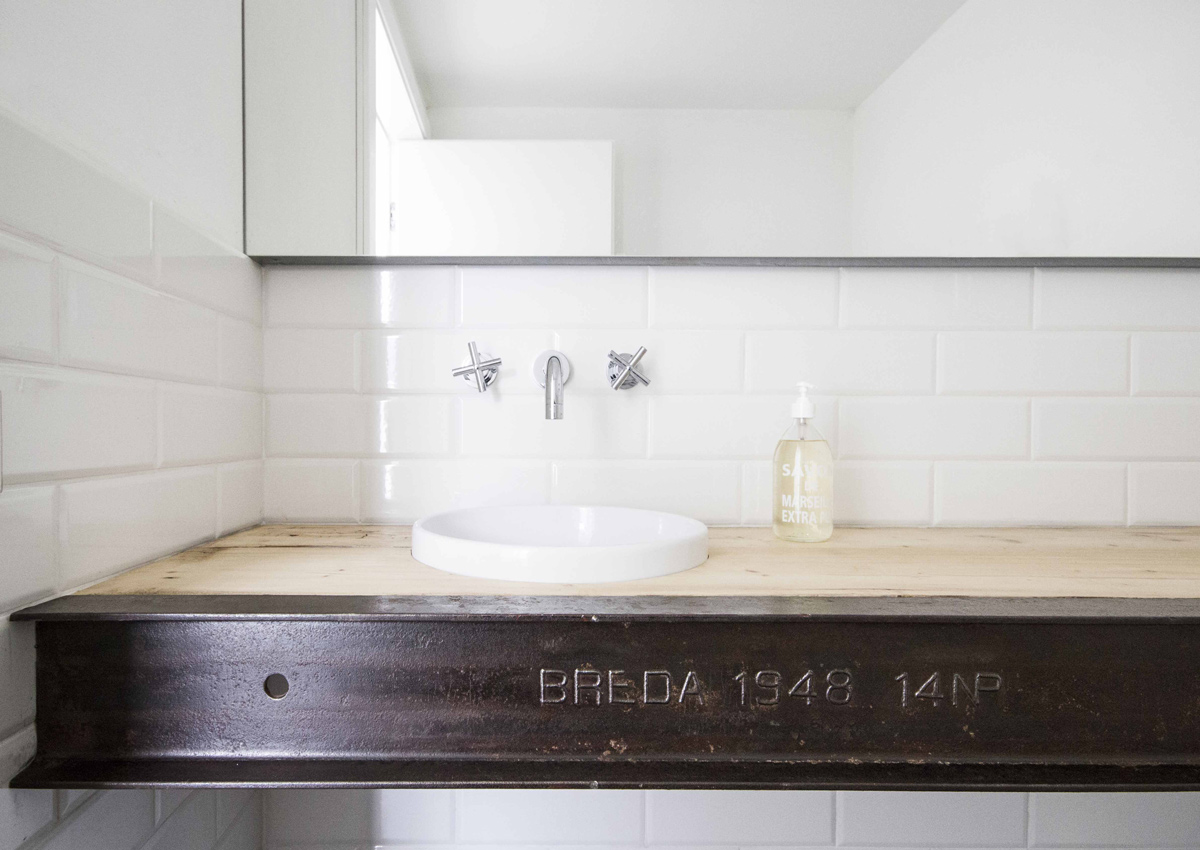 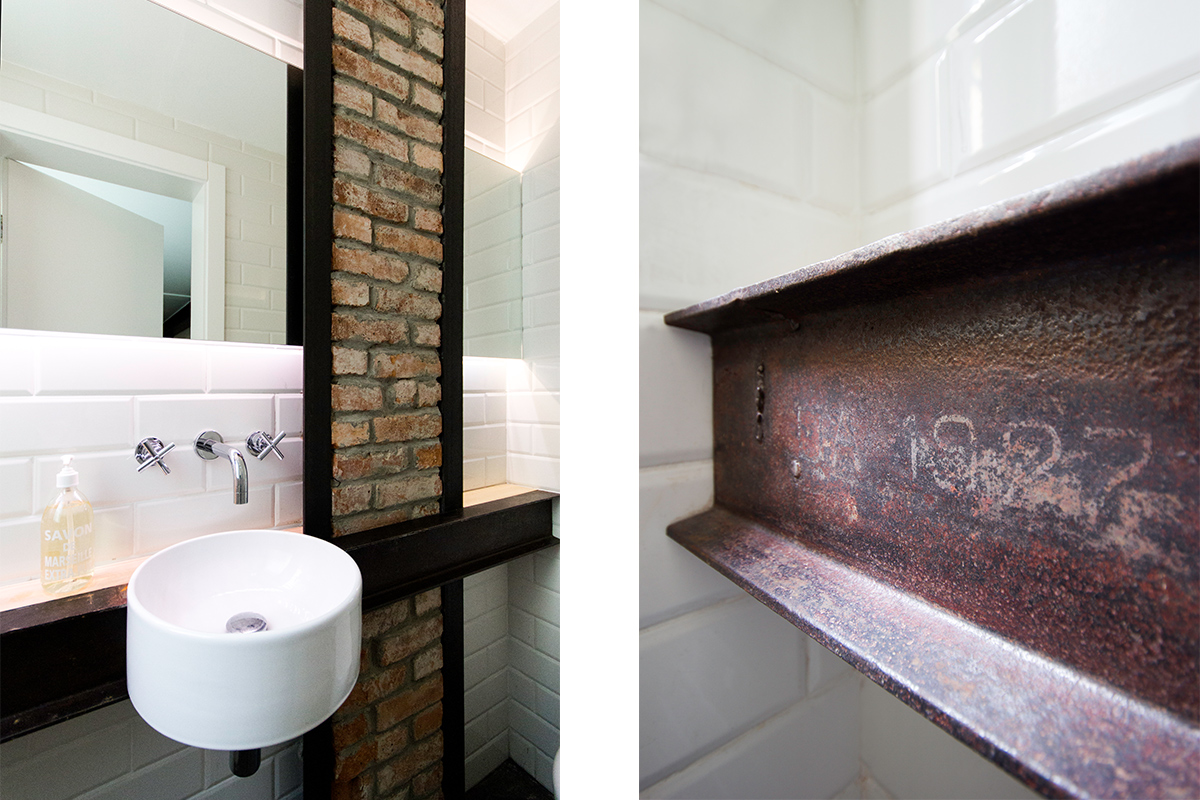 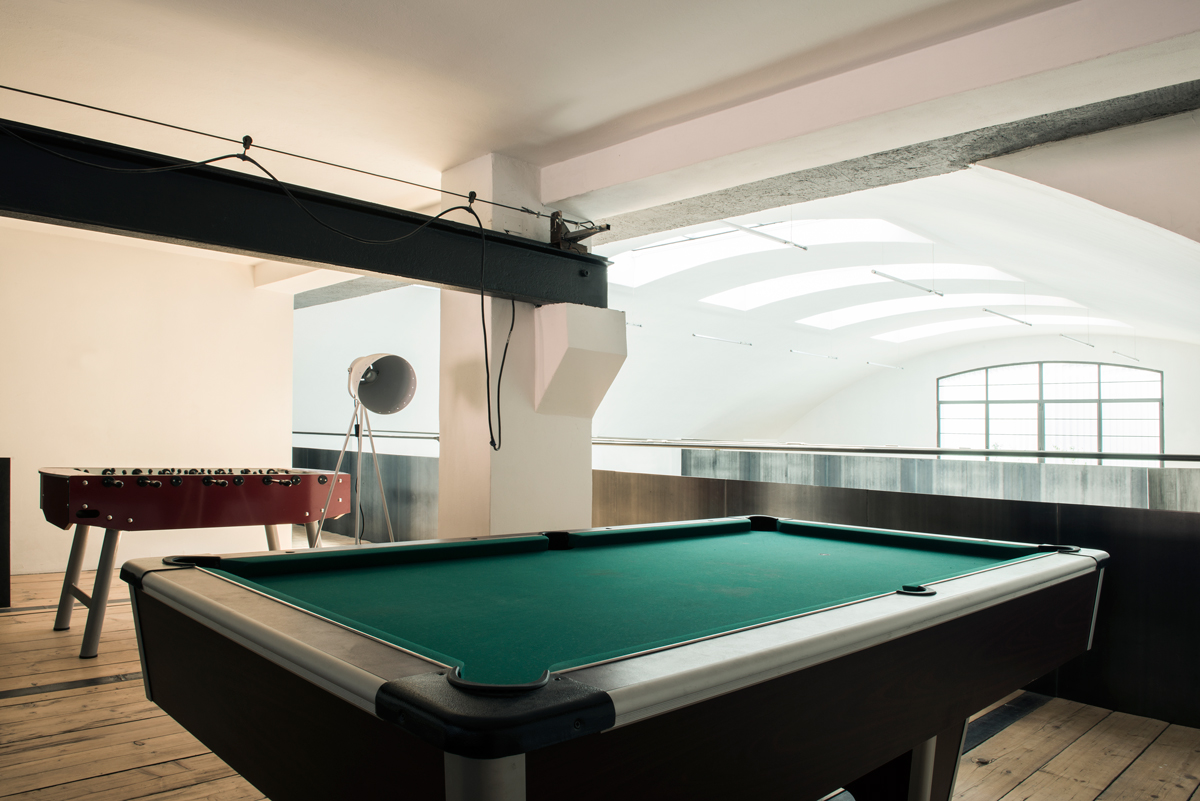 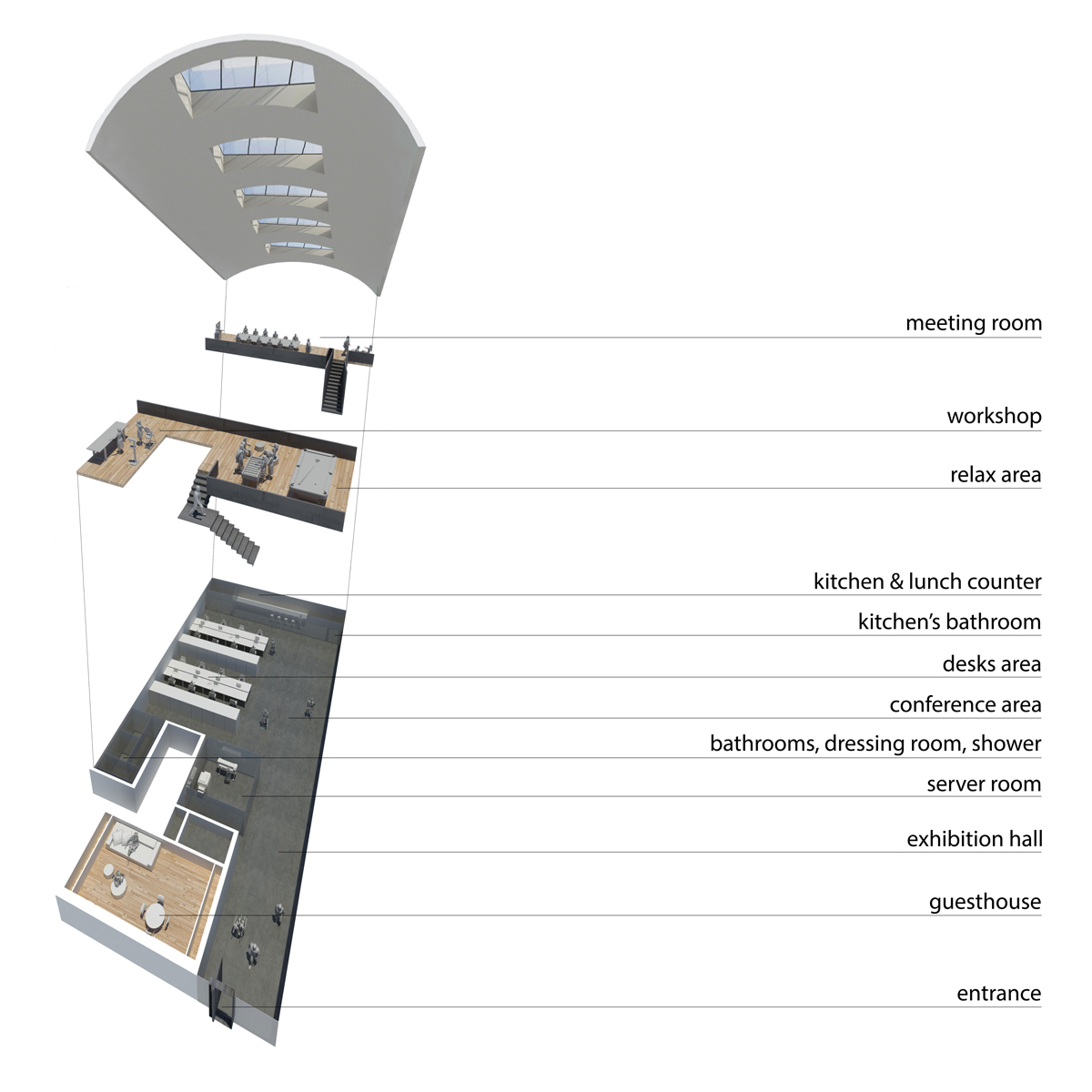 Urban context
North-eastern Milan suburbs: in the territories of the most glorious Italian industrial heritage, where chimneys once puffed steam, a new district of creativity is born. Falck, Breda and Pirelli post-industrial area aren’t so faraway.
This new district occupy a recent part of the city, grown without planning and quite ugly.
This part of Milan reinvents itself starting from the big empty warehouses. Not only in the large areas mentioned above but also and especially in tan huge amount of small building carcasses abandoned.

The building
This architectural project concern the reuse of Saviotti, a factory of industrial ovens, built in the early 50s, which was then abandoned after the death of the founder in the 90s.
The industrial building has been transformed into offices, precisely a coworking space -Unità di Produzione- by very few architectonic operations.
The design approach comes from an urban approach: in the large and empty shed, architectural elements have been grafted in search of spatial complexity that produces a gradual and emphasized process of discovery of the place.
So while originally the really first glance from the entrance filled the whole space in its entirety, a new mezzanine cut the view, creating a slowdown in unveiling the loft. This operaztions also create a sort of vestibule that protects the inner area of the office.
This lobby is dominated by the original -still functioning- crane.
Originally the industrial ovens were partly assembled in the shed and then finally mounted in the entrance hall and carry on trucks.
The image of these suspended ovens gave rise to the idea of the mezzanines in the form of steel boxes flying in mid-air.
Under the monolithic metal boxes stand all the service area (bathrooms, kitchen, archives, server room, etc..) enclosed by an abstract retorlaquered white glass facade.
After the low passage of the first mezzanine, the space open up under the large vaulted hall, bright like an open-air square.
The industrial vault is marked by the pre-existing structural chains that become the generating element of the architectural project: the openspace is delimited by the north mezzanine that end under the first chain and the south mezzanine that start under the last chain.
The architectural promenade continues on a steel staircase leading to the second mezzanine that host a bright meeting room dominated by a large table built with the same material of thw building, steel and glass. 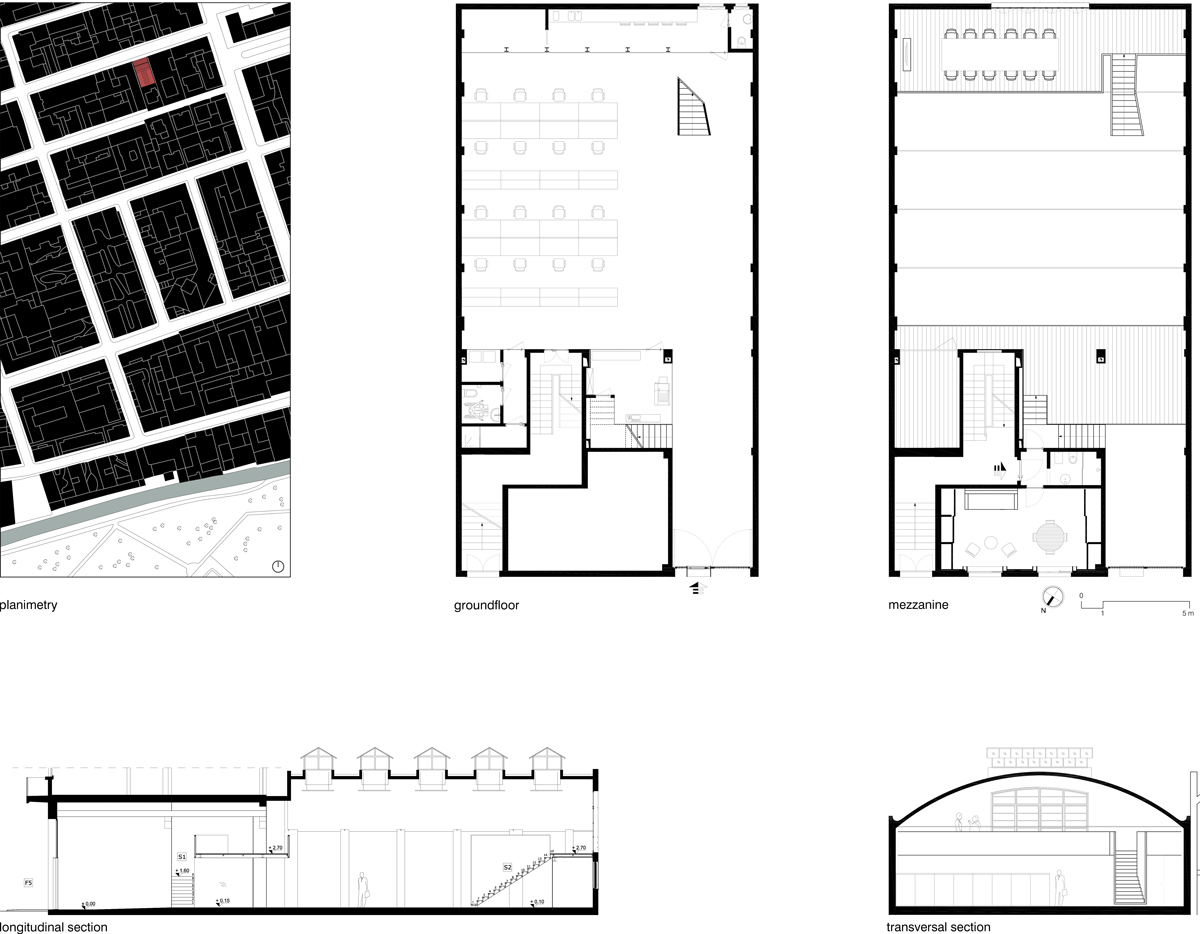