This renovation of an early twentieth century apartment stages the radical incompatibility between ways of life belonging to different ages.
The ancient layout, legacy of an era in which we lived in stark compartments, is exploded into a fluid and continuous space.
The prexisting blind vestibule is opened towards natural light and flanked by a single piece of furniture, whose marble counter top run long as the house itself.
The need for structural reinforcements is solved with steel plates, creating a formal pattern that marks the entire apartment.

The kitchen is positioned in place of the previous entrance, in this way the distribution space of the apartment is brought to zero. The kitchen is characterized by a big marble sink wide and shallow, like the ancient italian “secchiai”. A counter top of over thirteen meters is developed on its sides, which crosses different rooms without ever stopping. A real unifying sign traced on the spine of the bizarre pre-existing “C” planimetry. 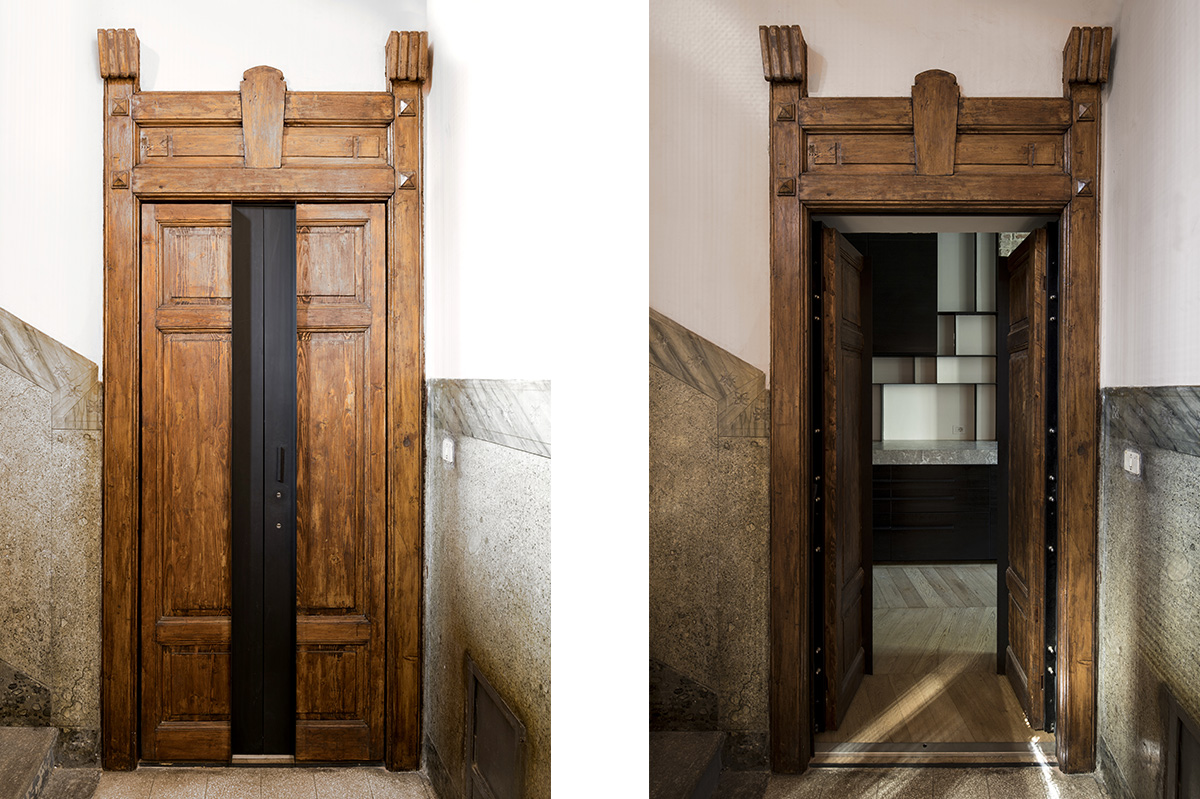 The vital need for natural light to be brought towards the inner part of the house has forced the breaking of the archetype of “enclosed” space, typical of historical architecture, in favor of an uninterrupted fluid space.
The new landscape of thresholds reveals constructive traces left raw, in total contrast to the well-mannered original plaster frames.
More than a renovation, it is a deconstruction project, where every new spatial need sacrifices the primitive conception of spaces, up to the extreme iconoclastic gesture in which a “wandering wall” is translated by a structural module, invading the ceiling stucco decoration. 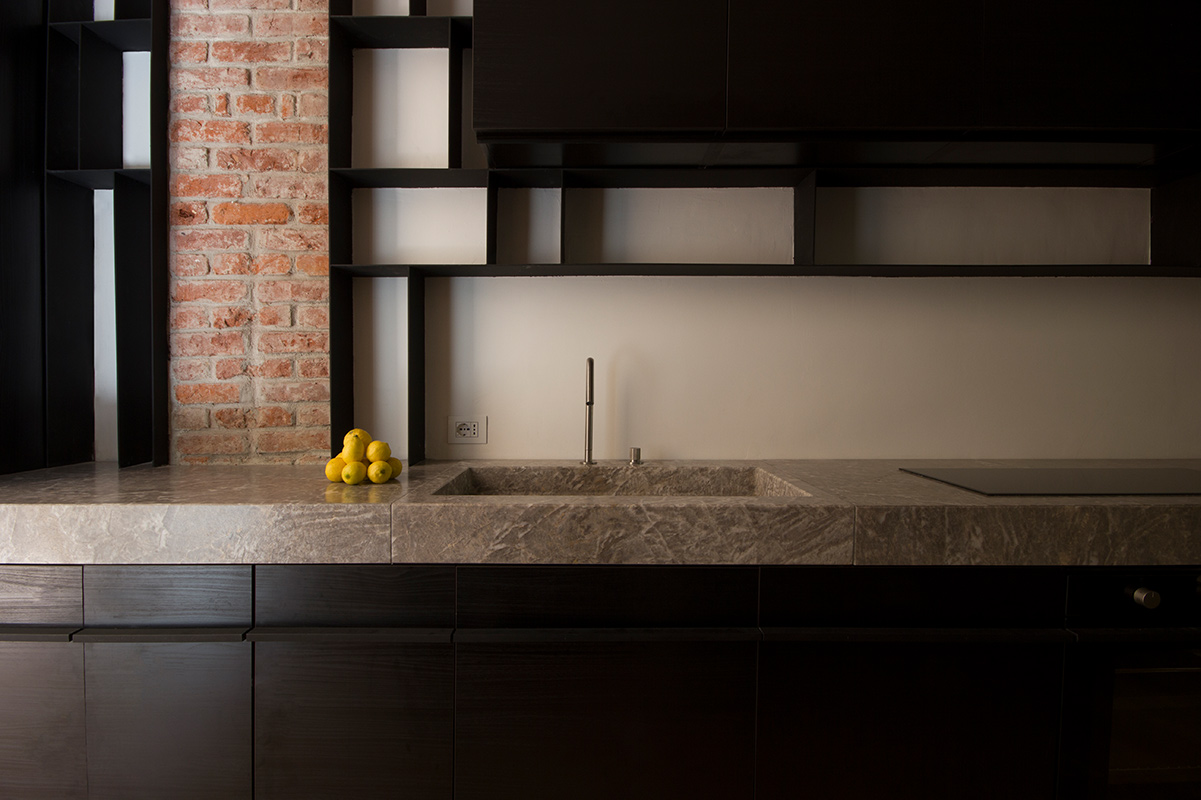 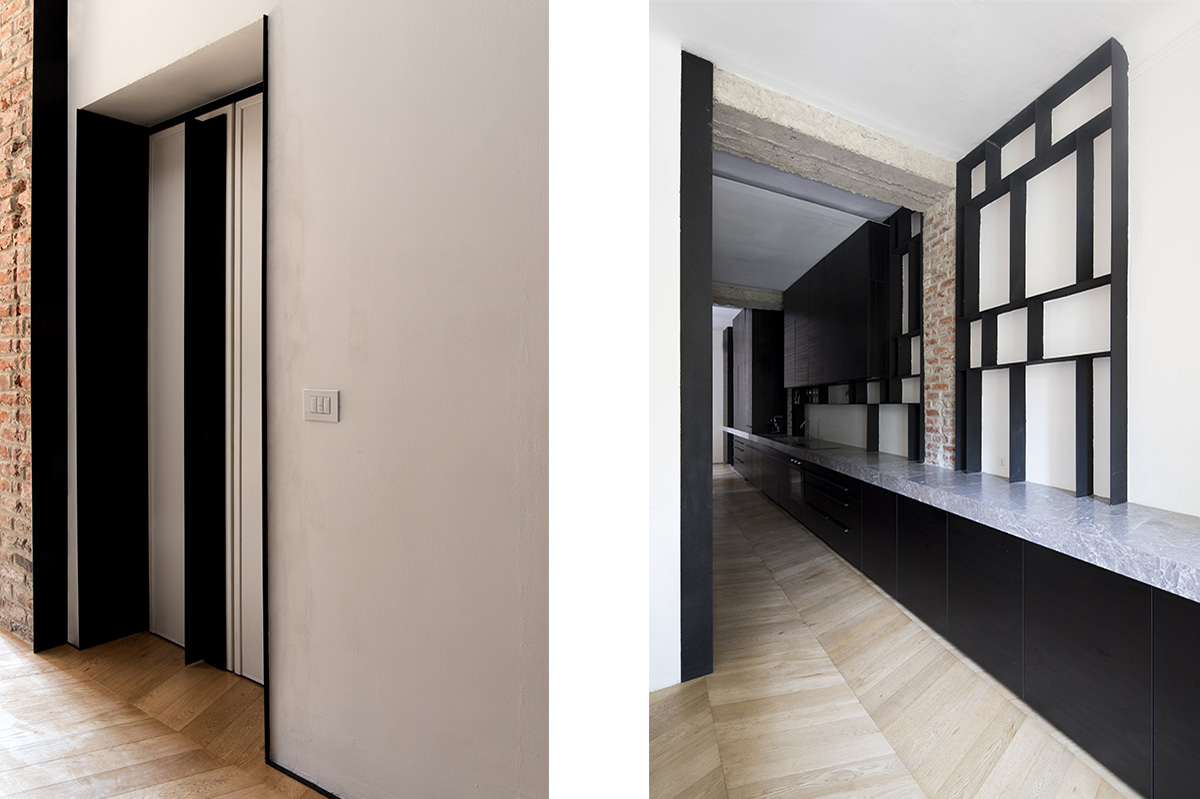 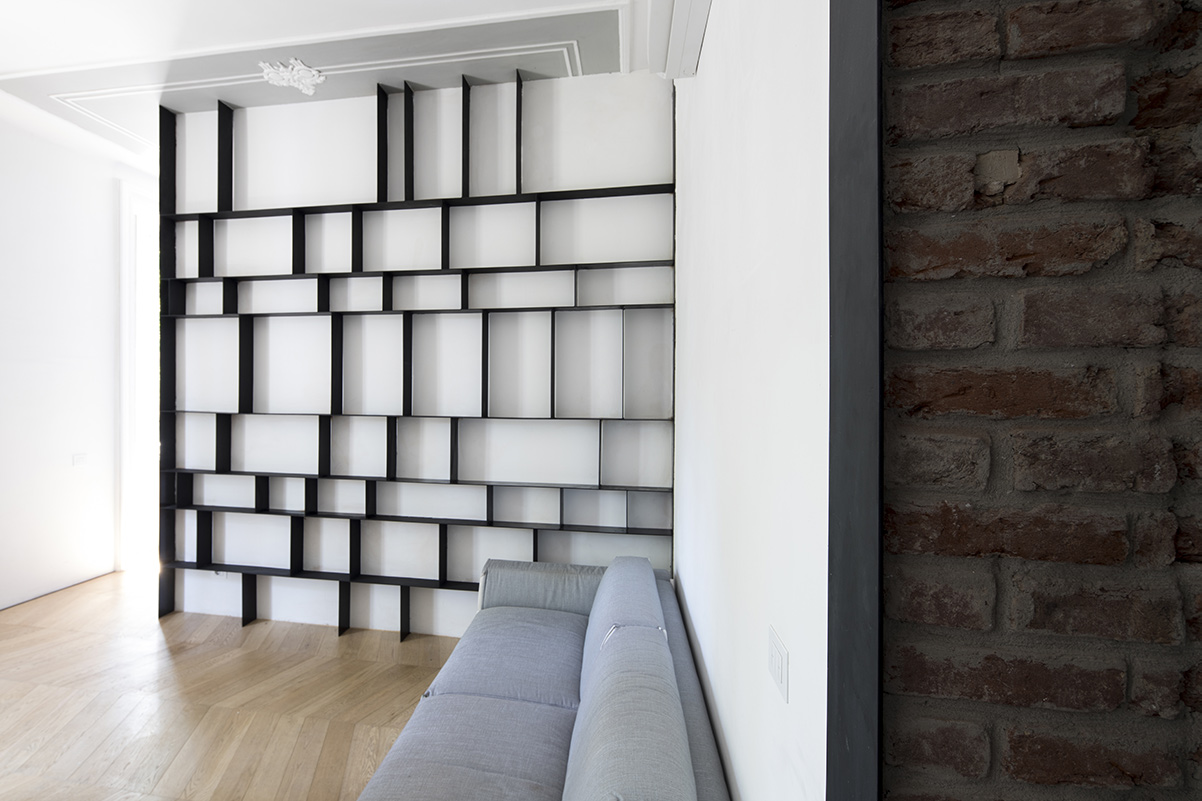 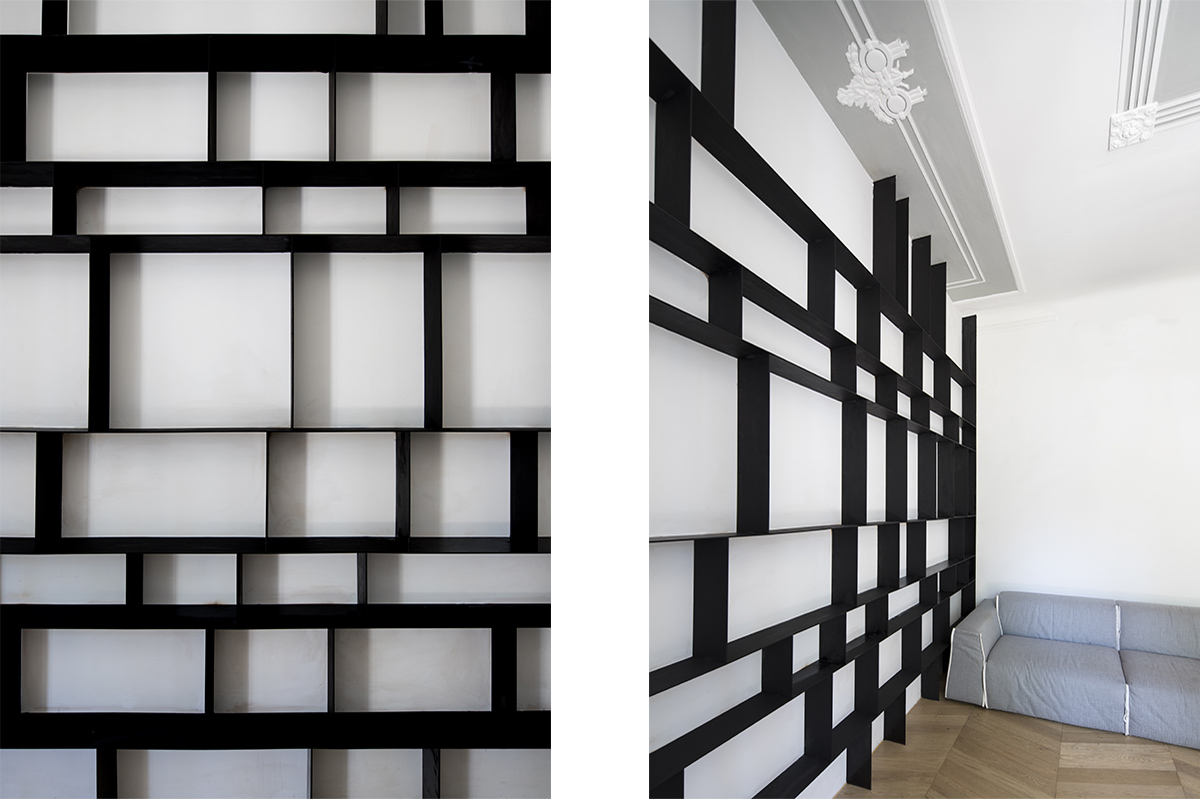 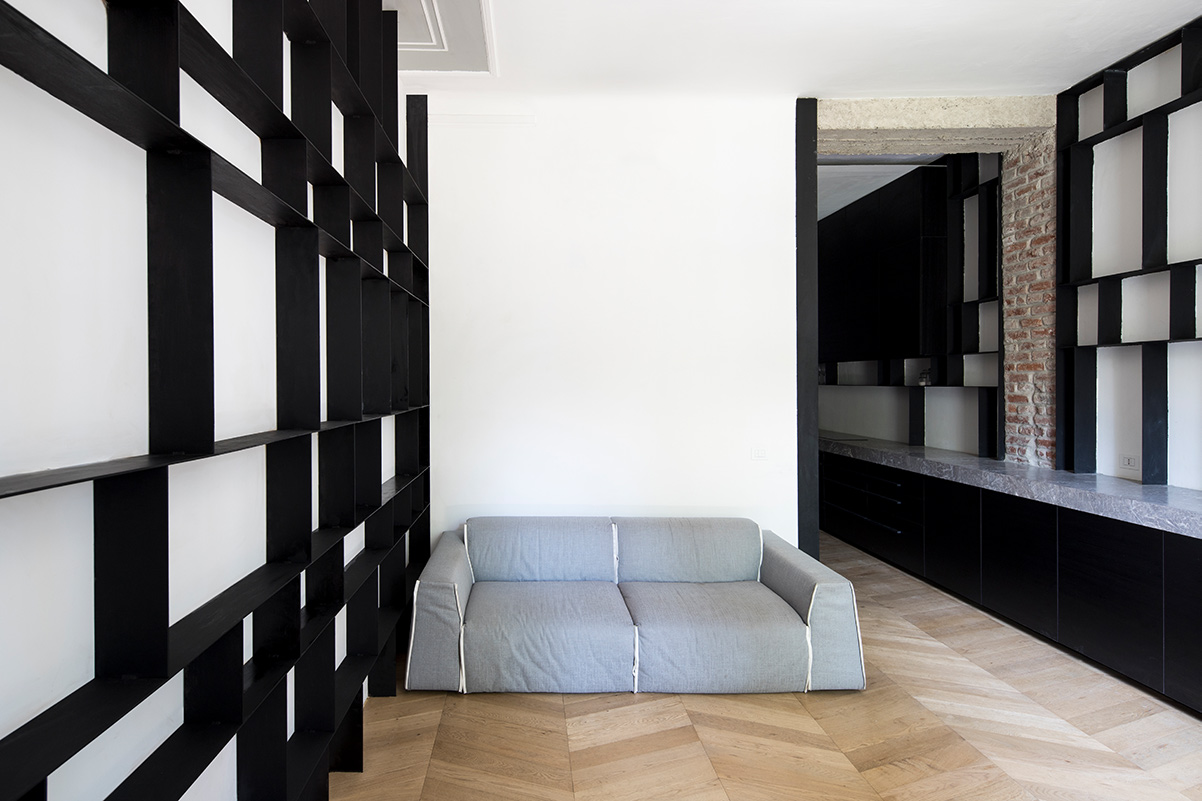 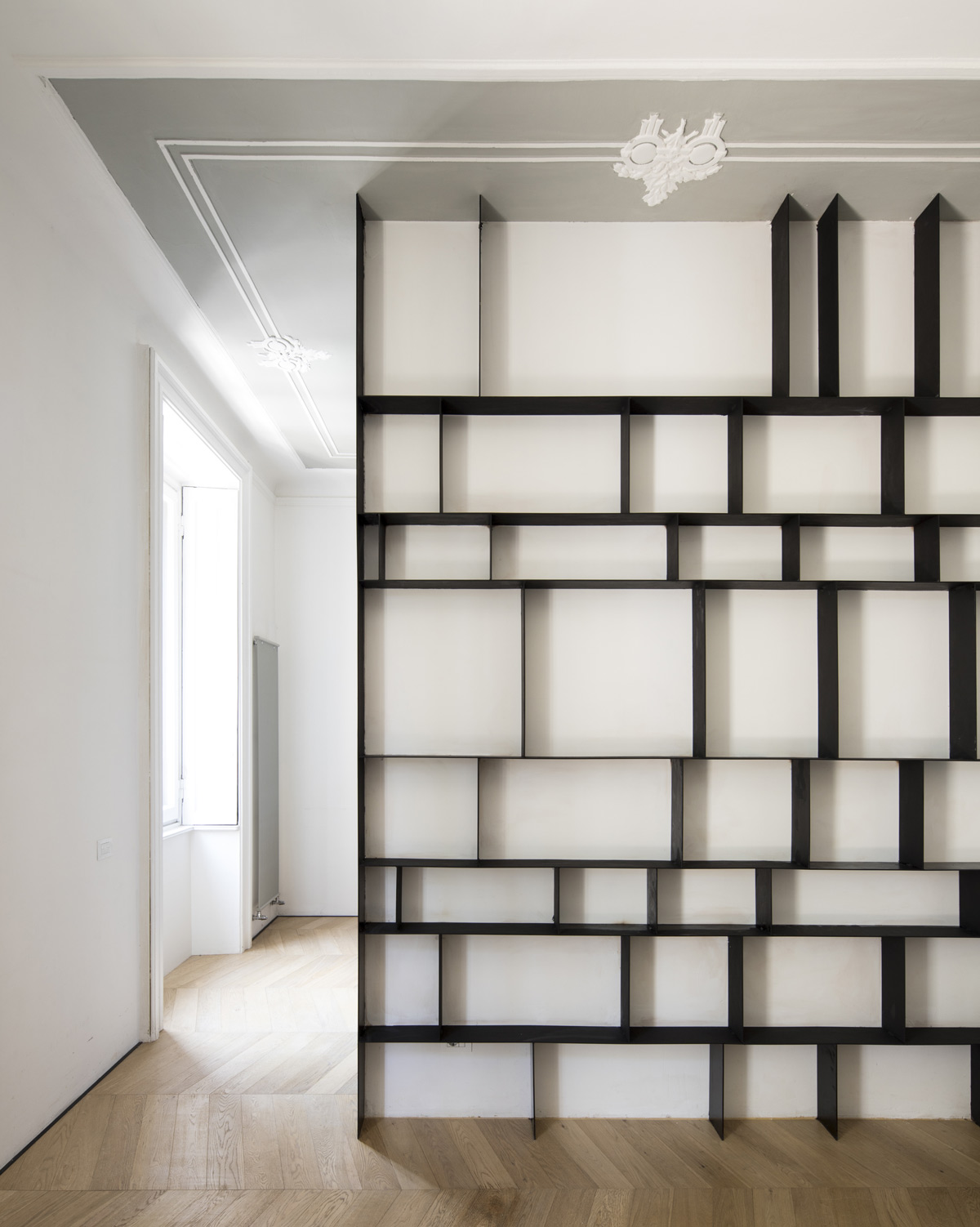 The master bedroom
Dominated by the legendary bed “Nathalie” by Vico Magistretti, has only one wardrobe. While looking like an expensive tailor-made object, is actually the customization of low-cost elements, marketed by a well-known Swedish seller.
It is based on the idea of breaking the volume into two parts, uncovering the back wall and thus lightening the impact of the mass.
In the lower part there are drawer units and shoe racks, closed at the top by a single piece of natural waxed steel sheet.
In the upper part, suspended with metal profiles, hinged door elements have been installed. The aluminum handles are made from simple “L” profiles painted in matt black. Each element has a separation gap, not only hosting the support structures, but also essential for creating a custom-made piece of furniture (i.e. that goes from wall to wall) with standard-sized elements. 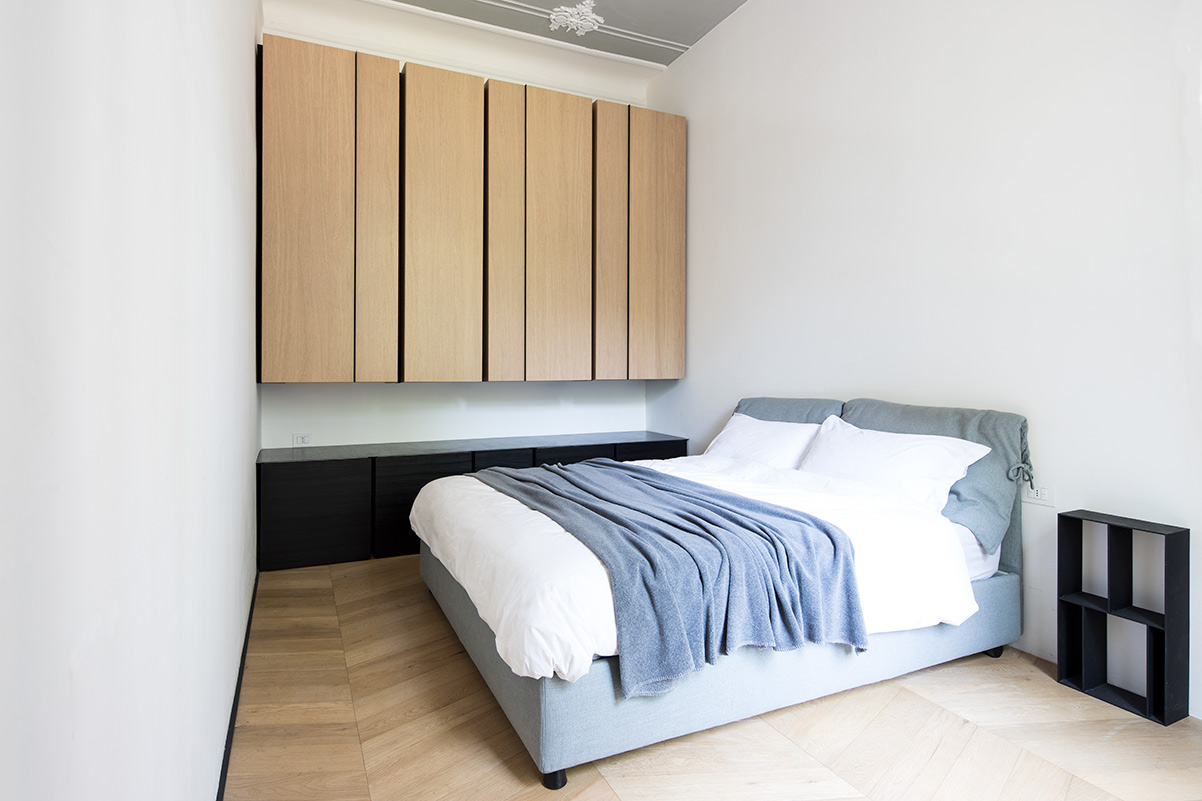 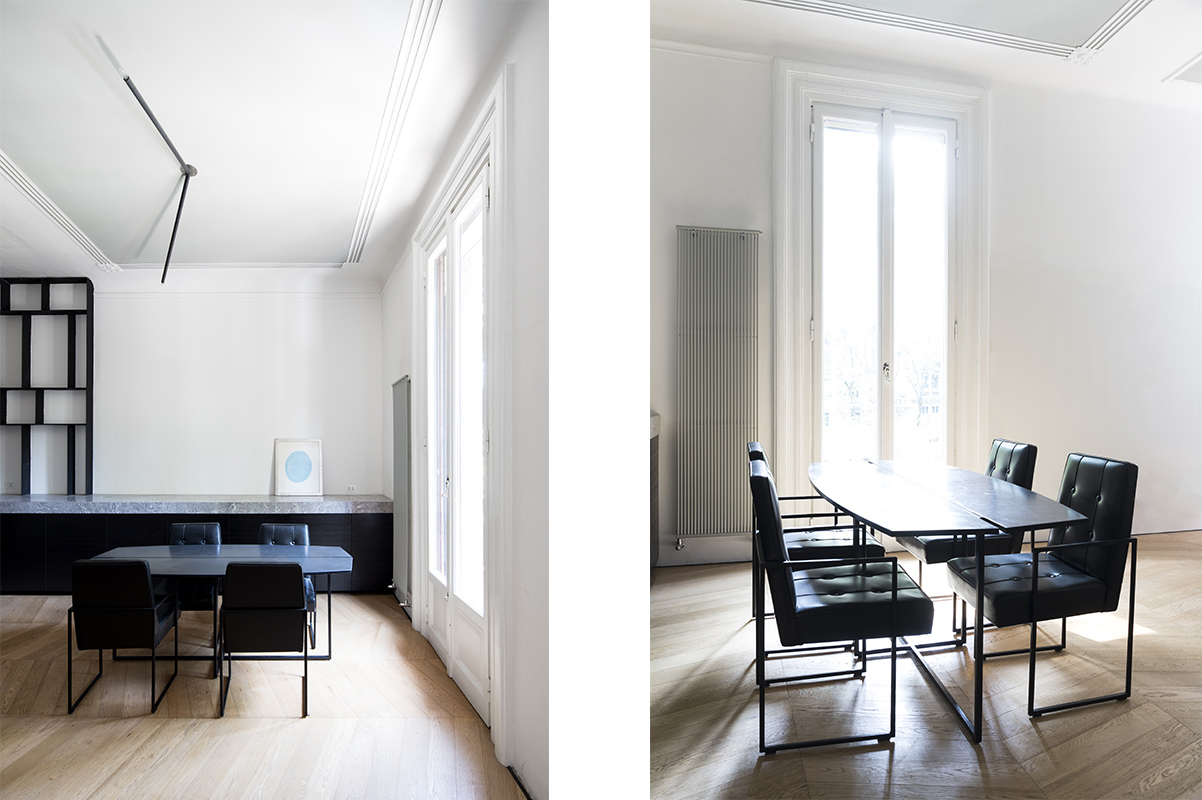 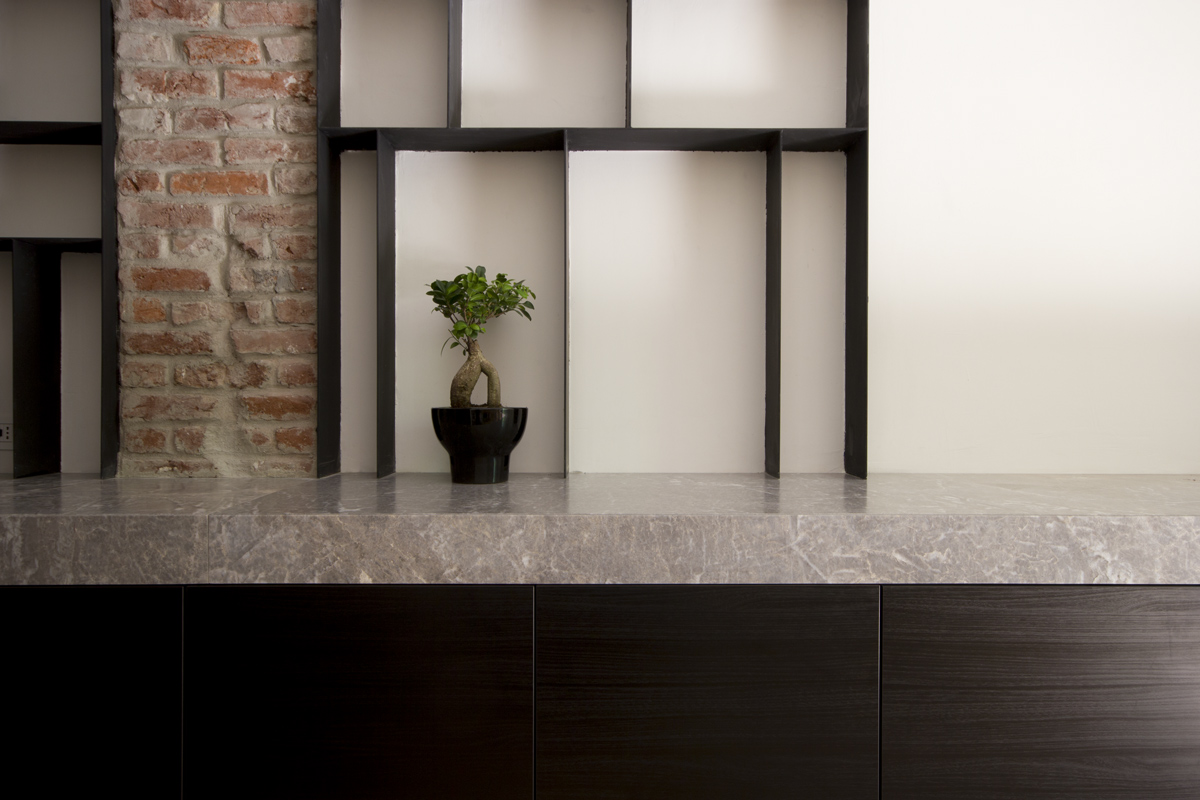 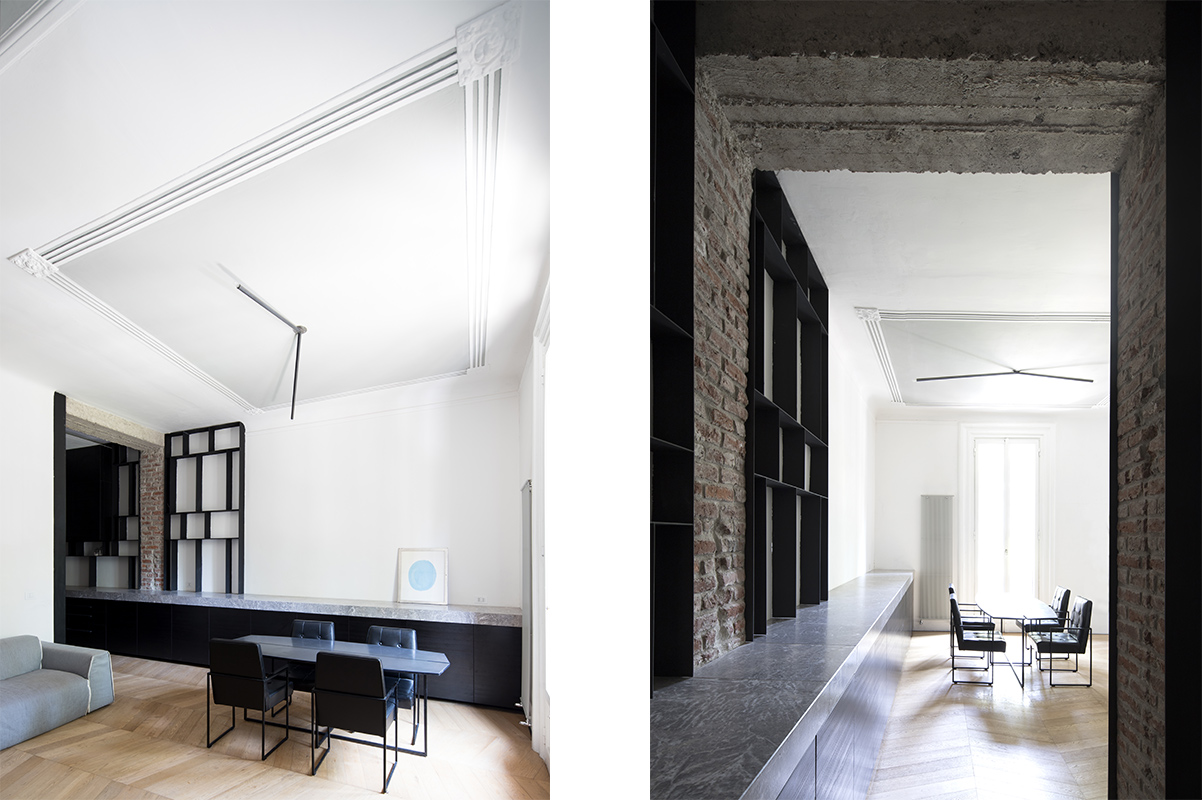 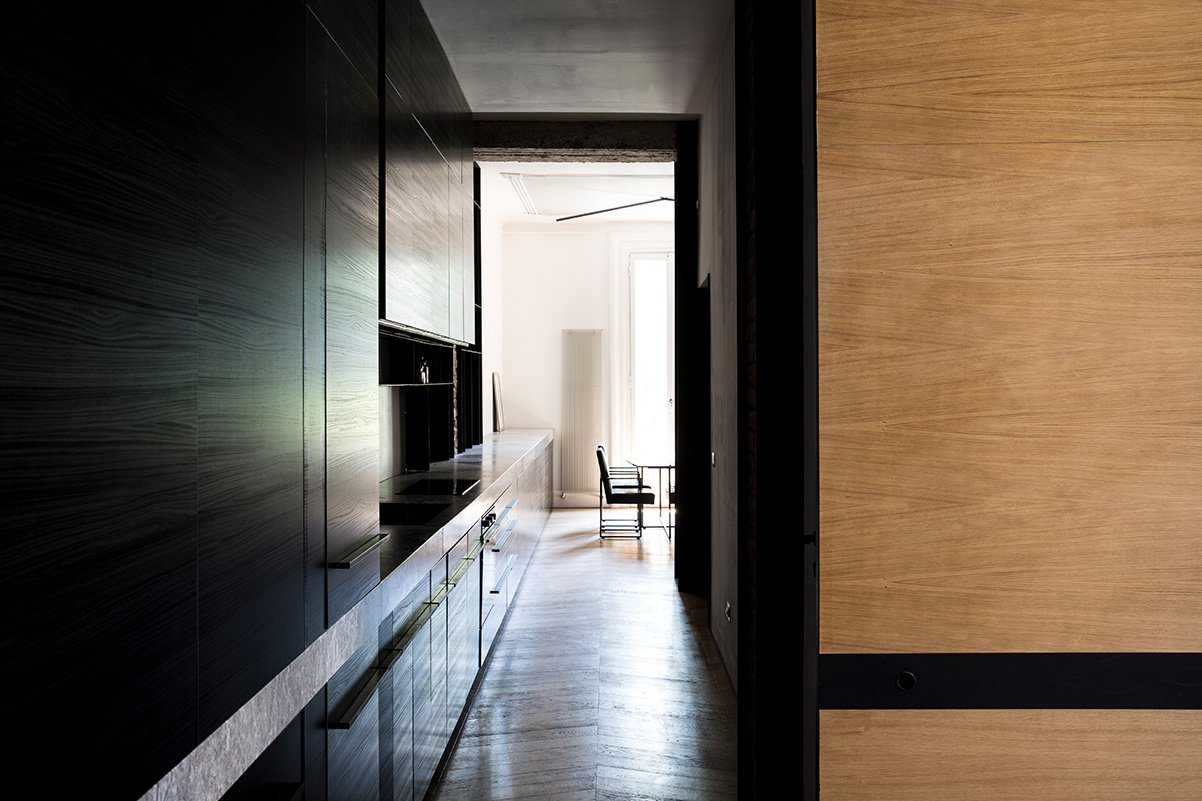 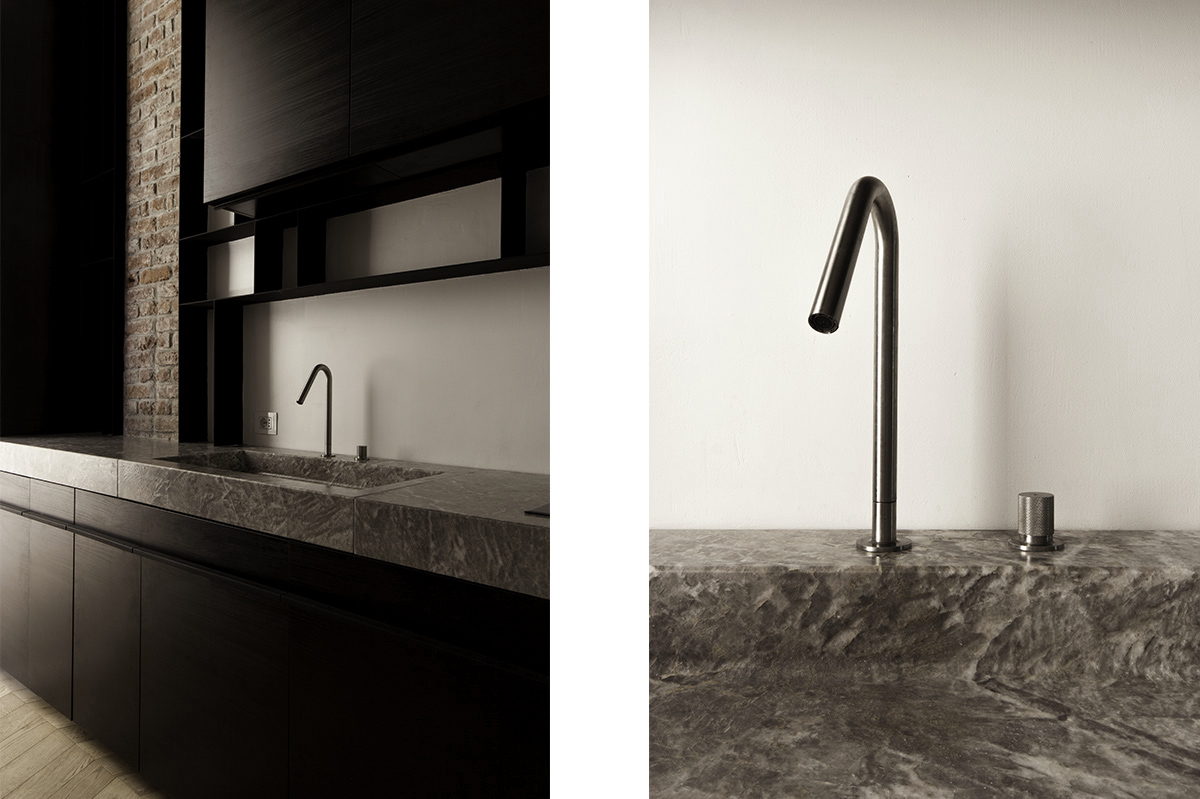 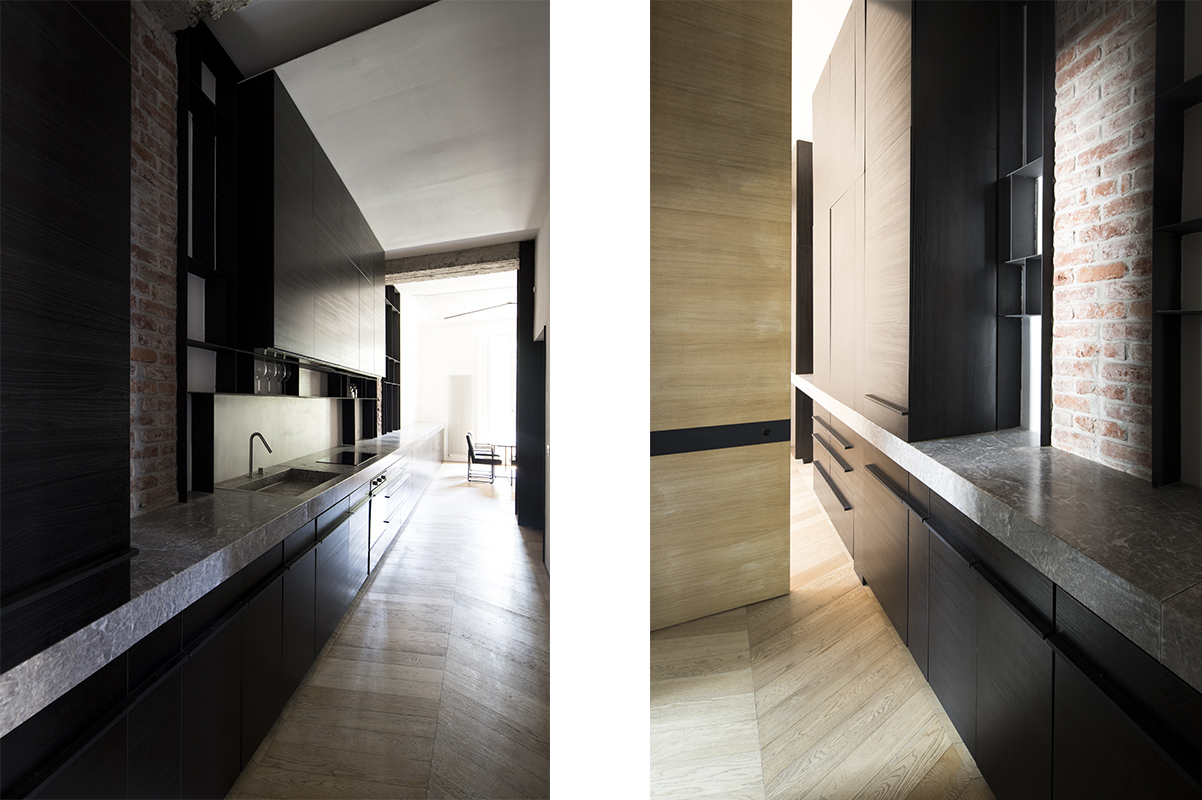 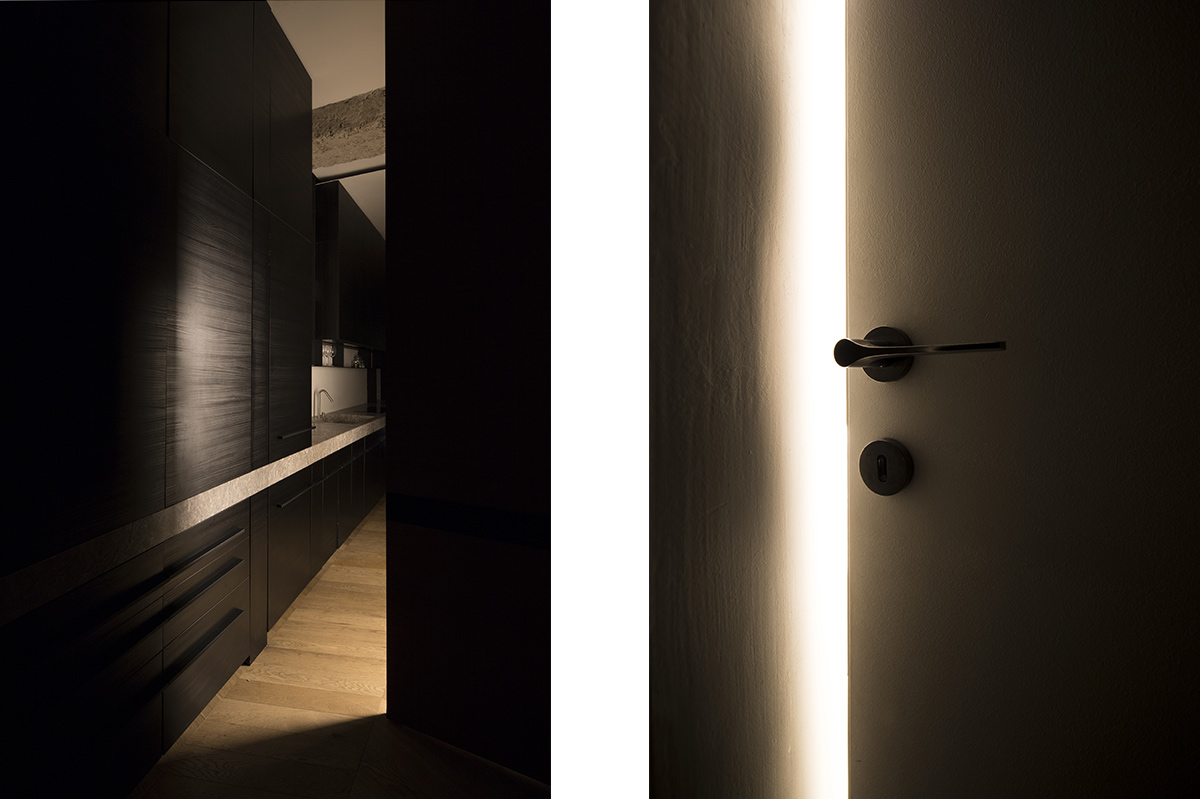 The bathroom
The bathroom inherited the classic long and narrow shape, typical of Milanese architecture, with a window at the bottom, half walled up. It was decided to reopen the blind part of the window and transform the terminal part of the bathroom in a generous circular shower compartment. This spatial counterpoint is emphasized by a change of tone of the Pancotti resin coating, the agate gray becomes graphite black.
The washbasin is a single block of quartzite carved from 3d drawing specially produced for this project. This marble block, weighing about a 100 kg, is supported by a white painted steel frame that was welded on site. The inclination of the basin refers to the ancient italian “lavatoi”.
Our approach aimed at creating unique and unrepeatable places often leads us to details that are imagined, designed, prototyped in real scale using our 3d printer and installed on site with every care and appropriate adaptation. In this case we have printed in abs a cap for the shower drain. Since this part of the bathroom is entirely covered in graphite black microcement, the goal was to obtain the best possible chromatic and material continuity. 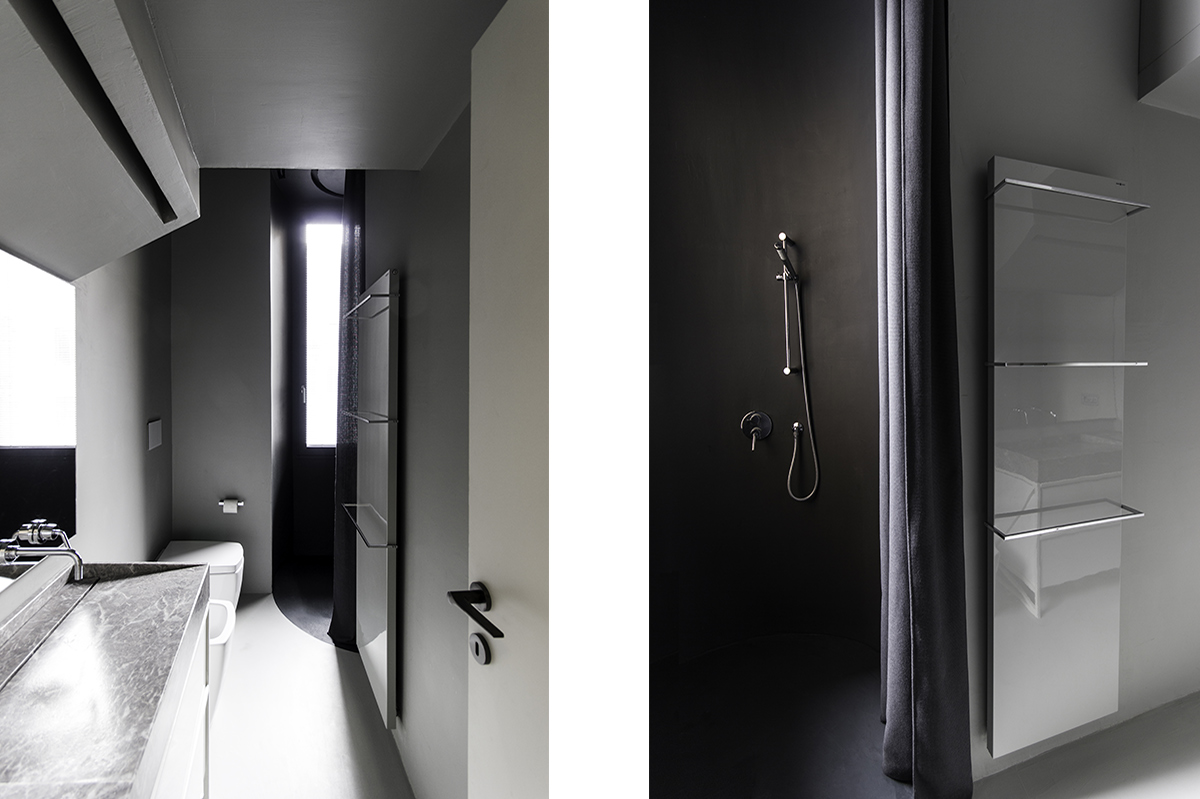 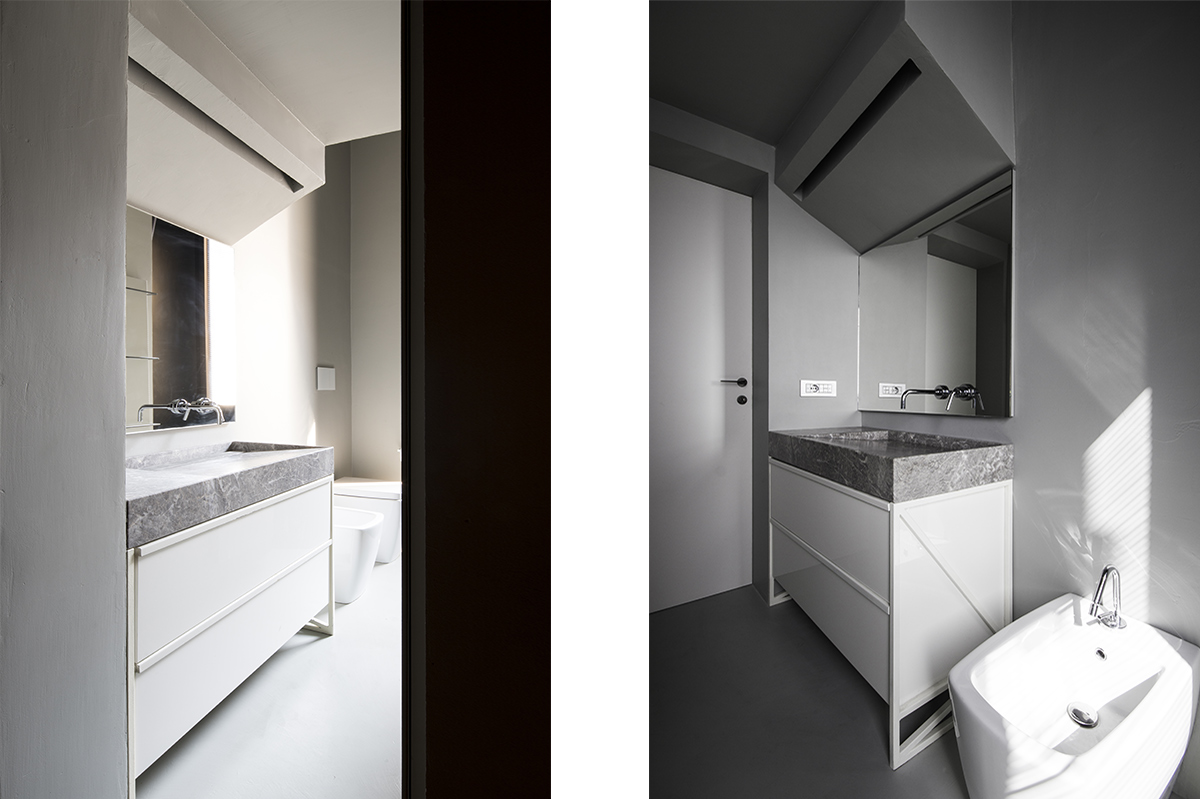 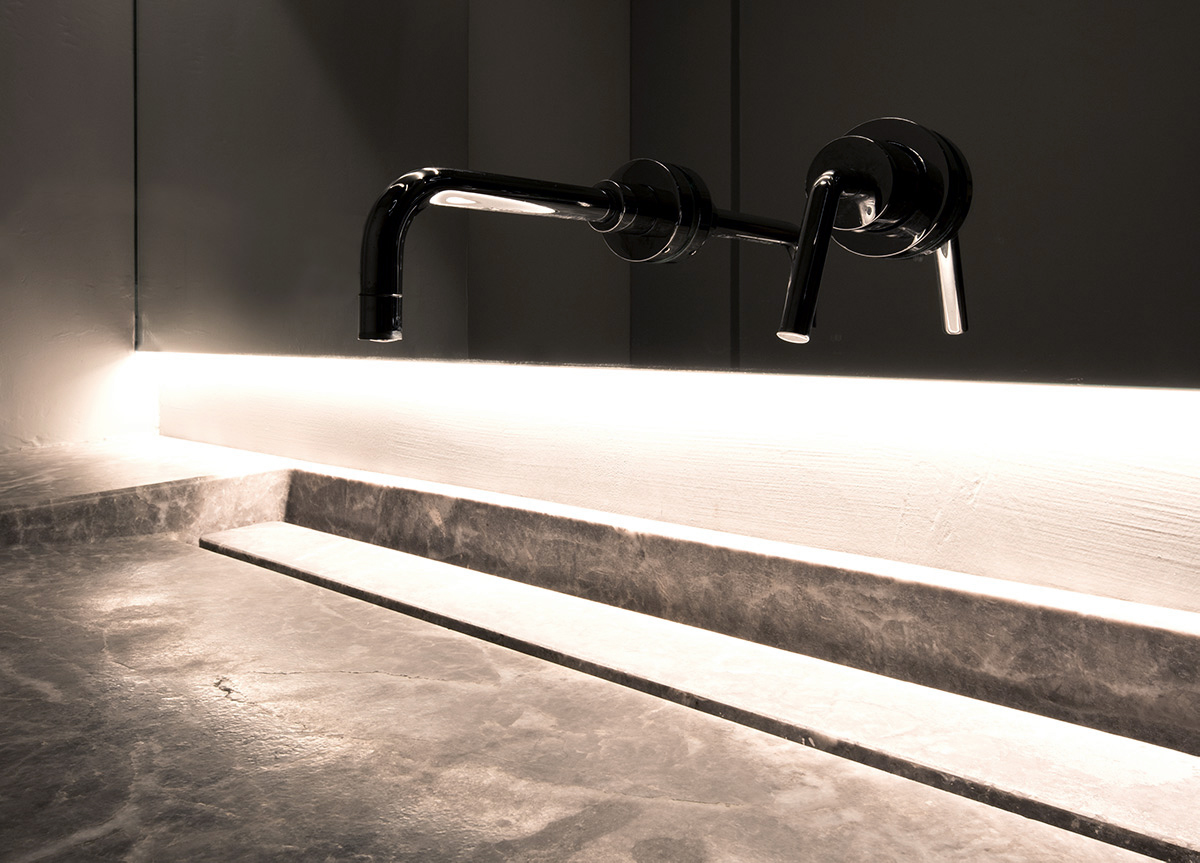 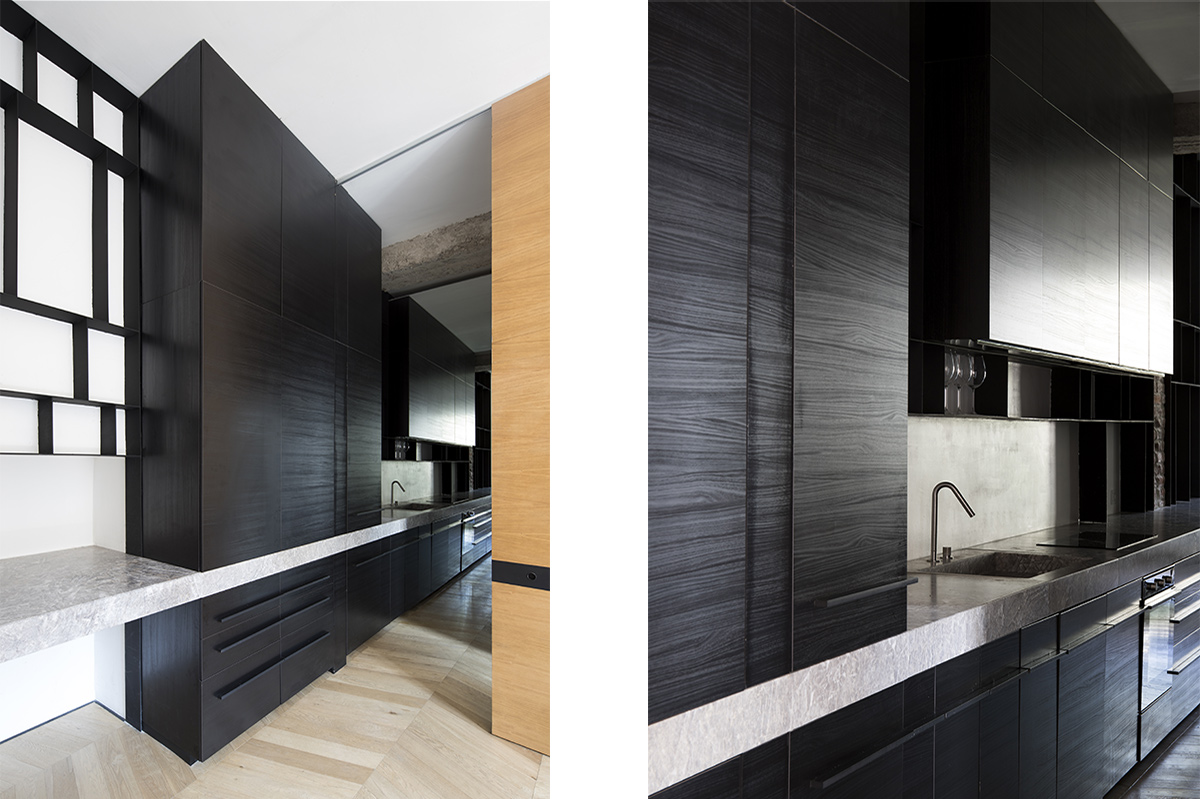 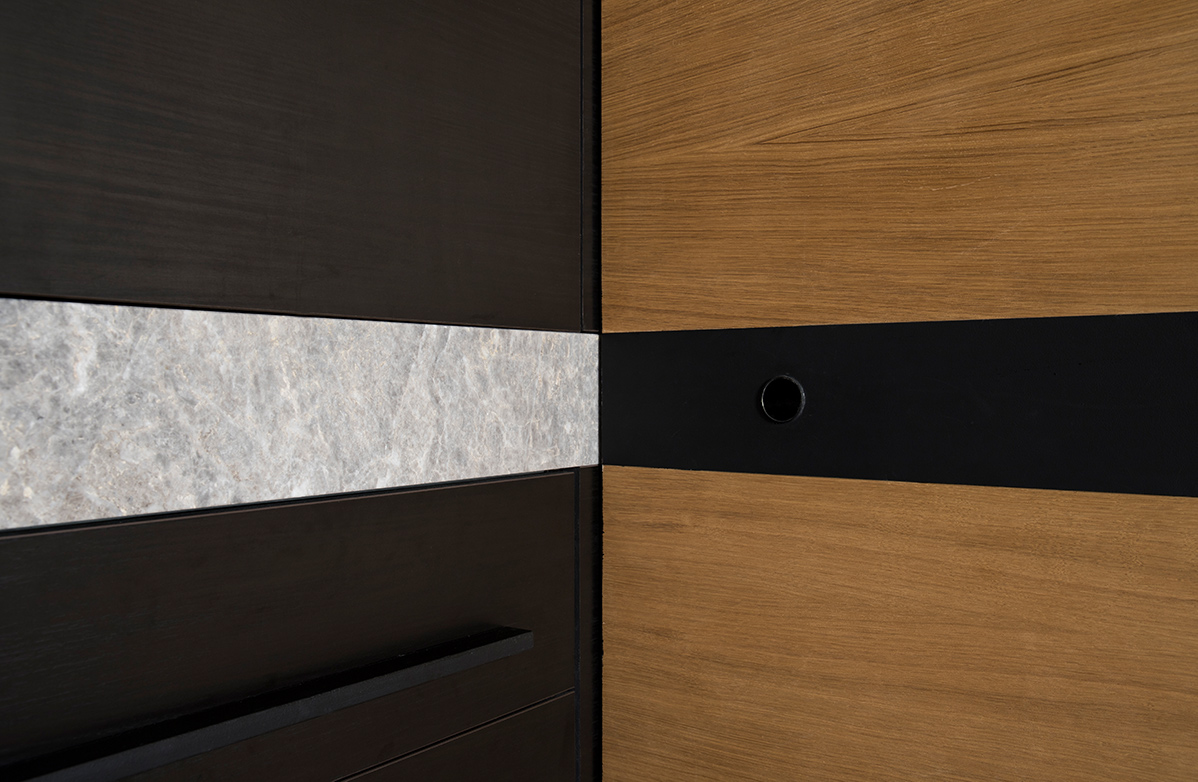 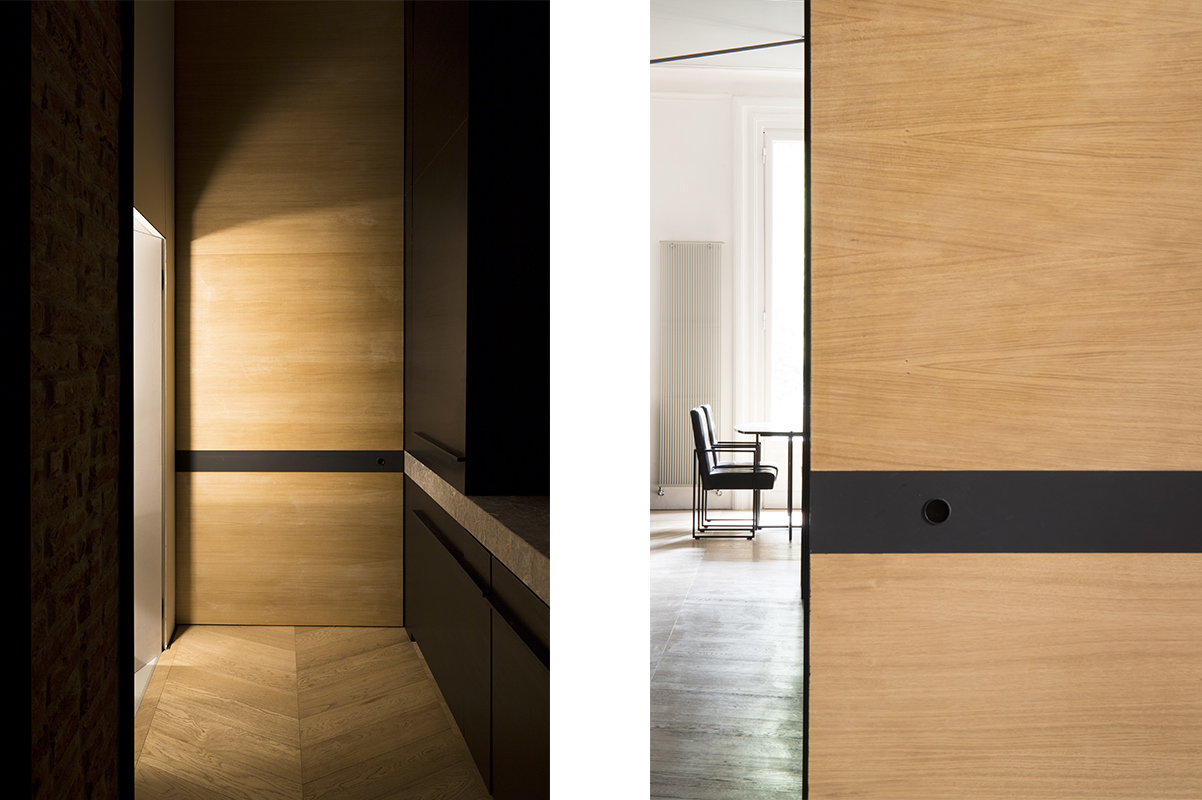 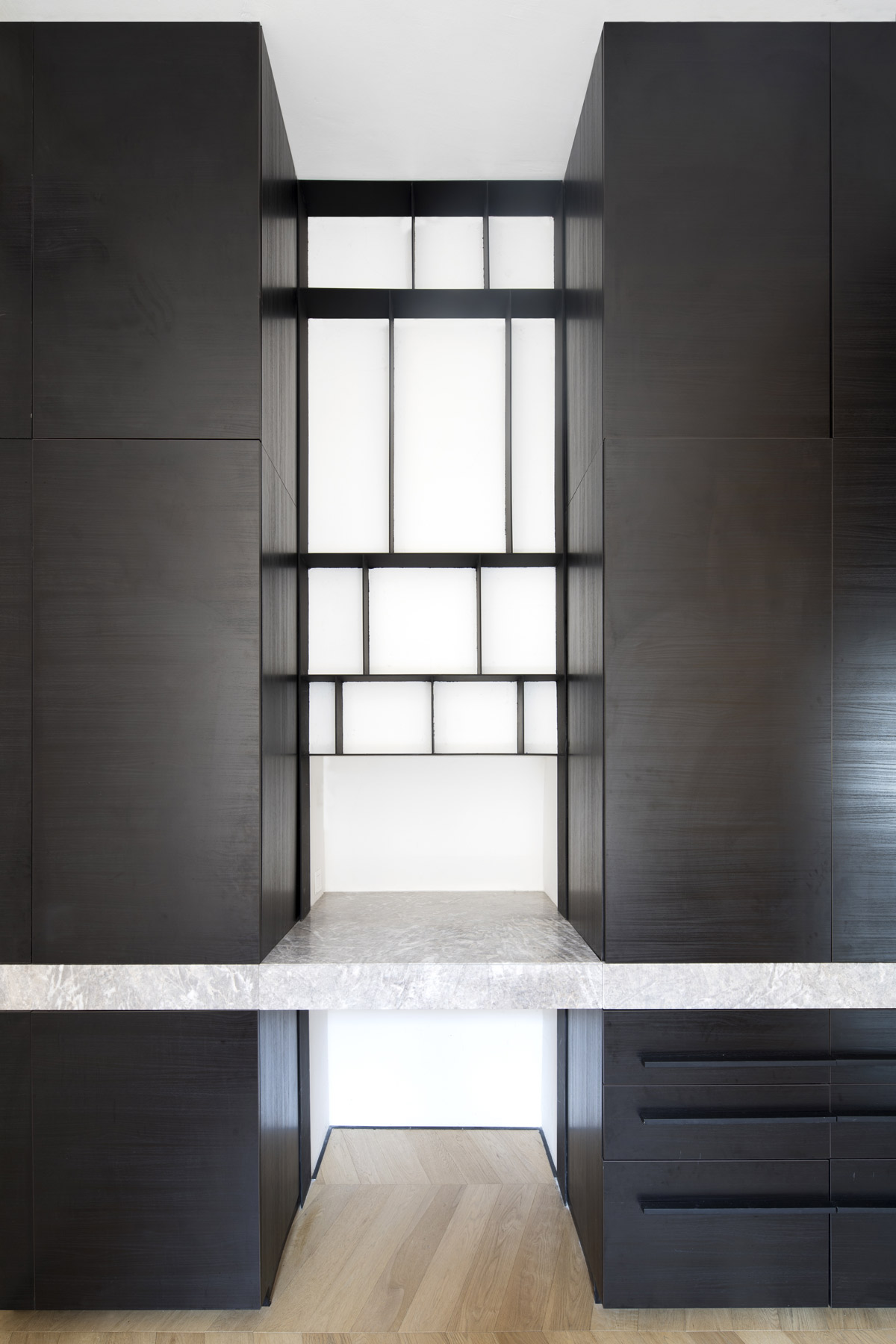 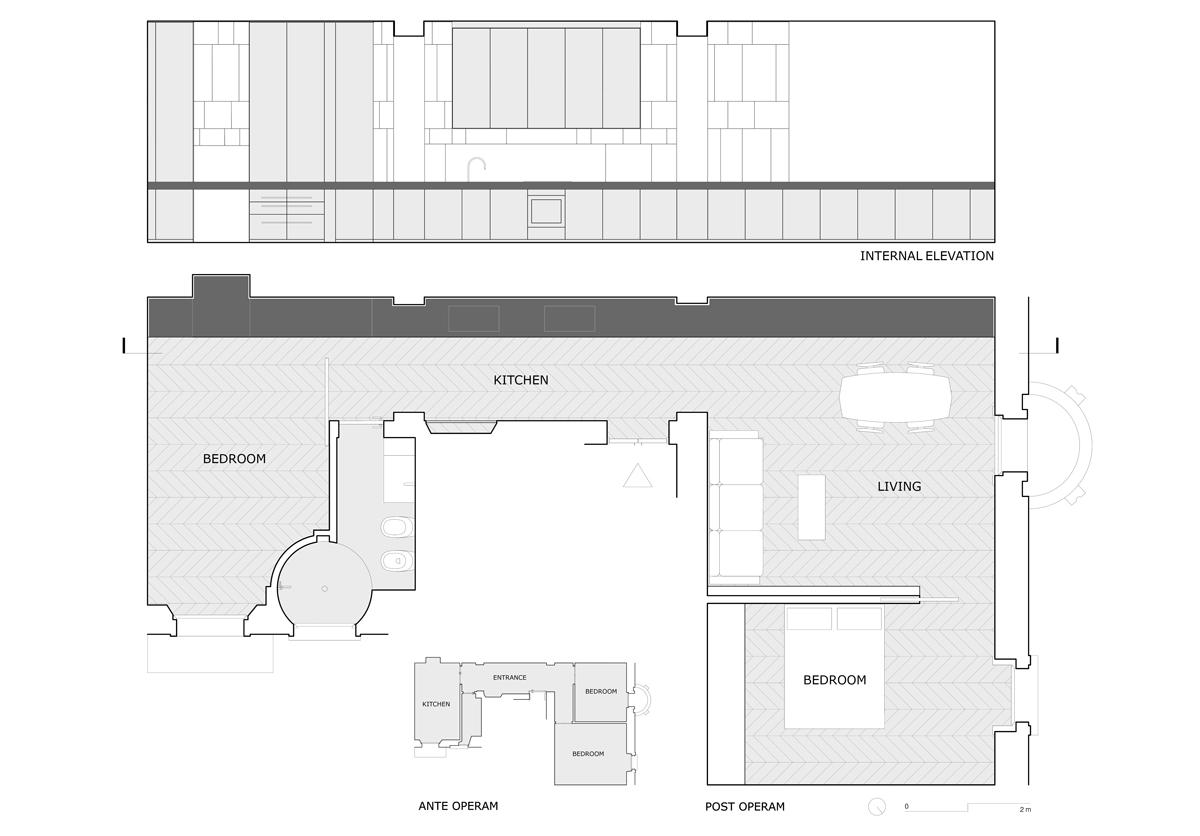 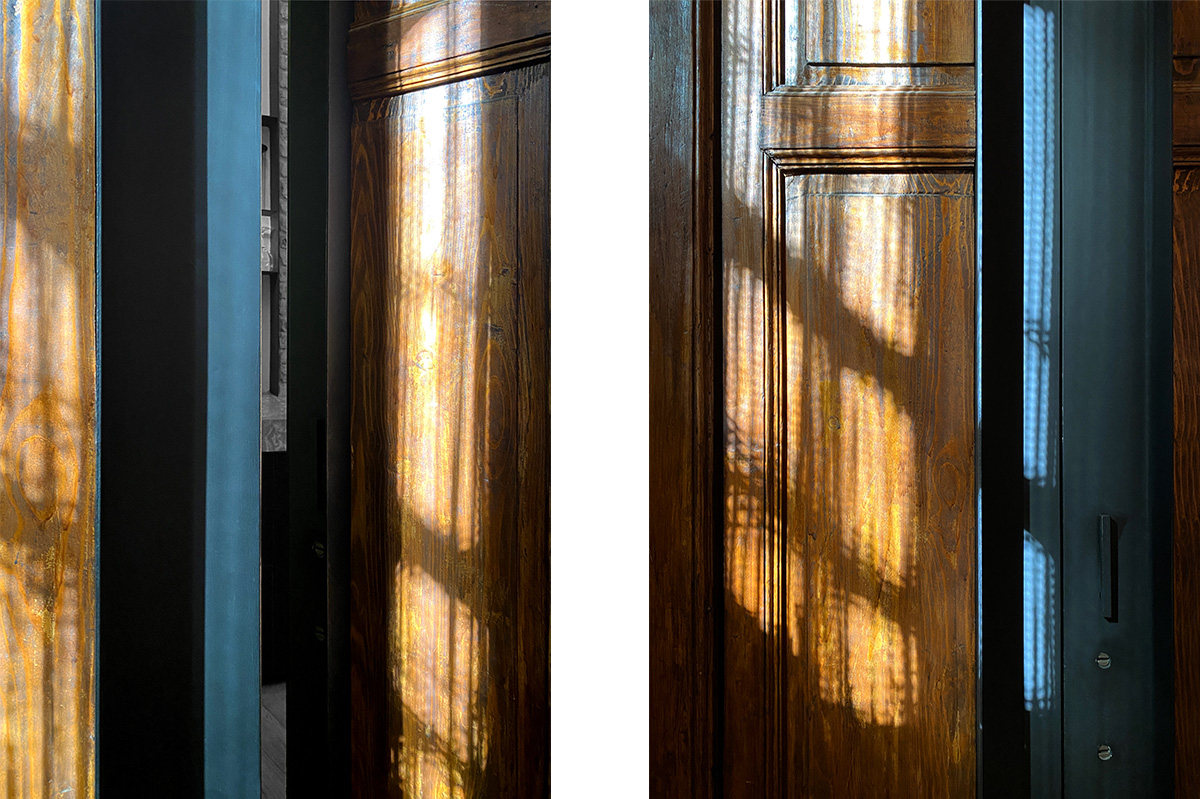