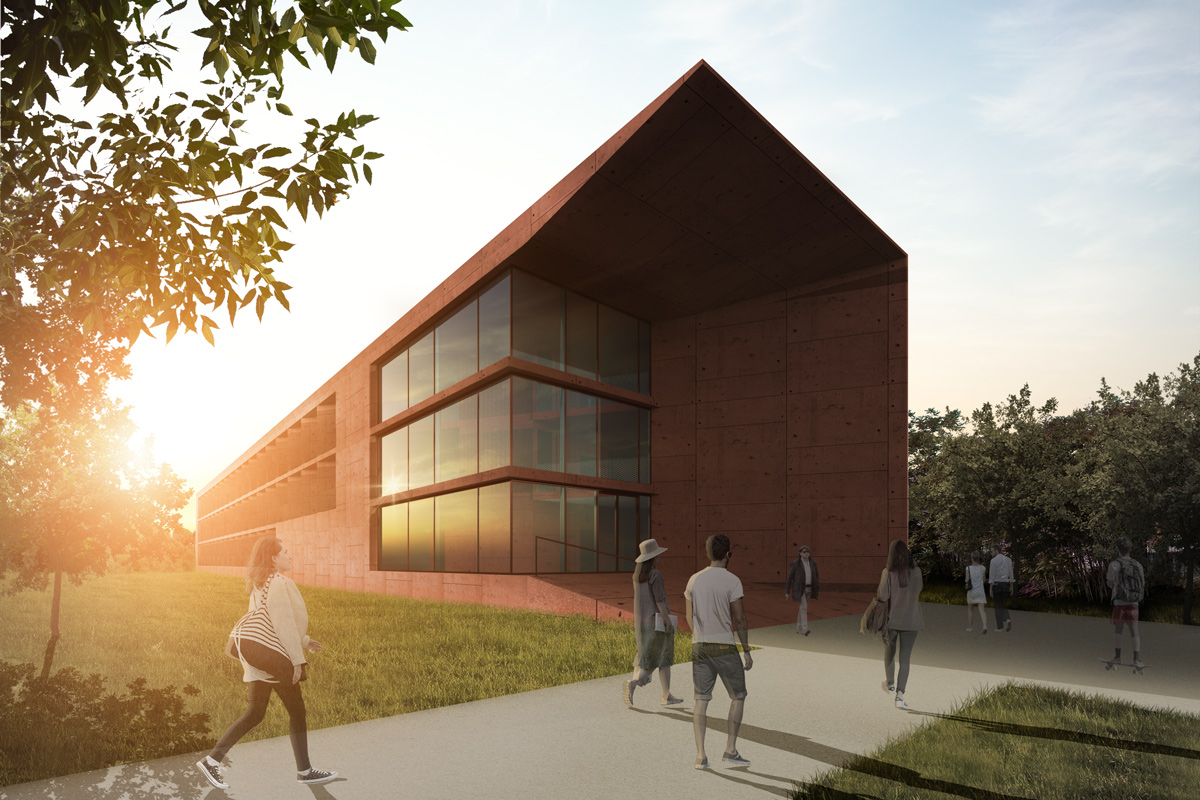 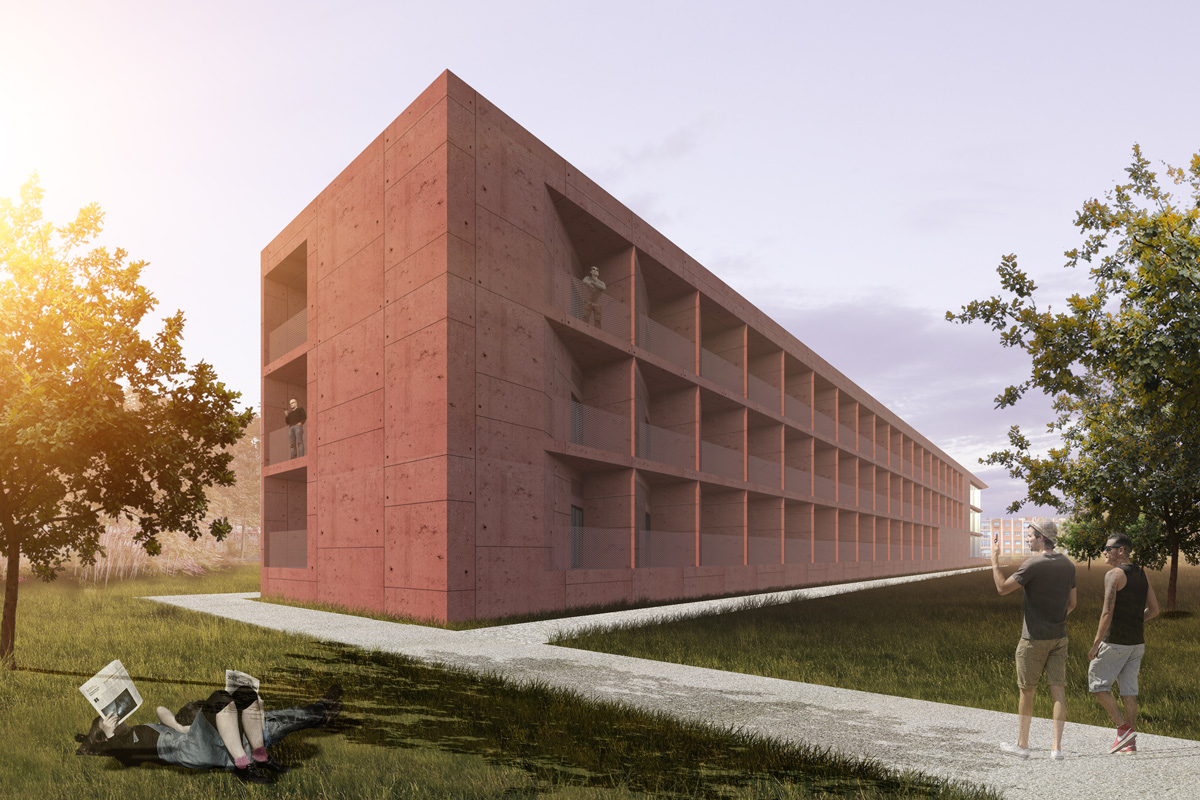 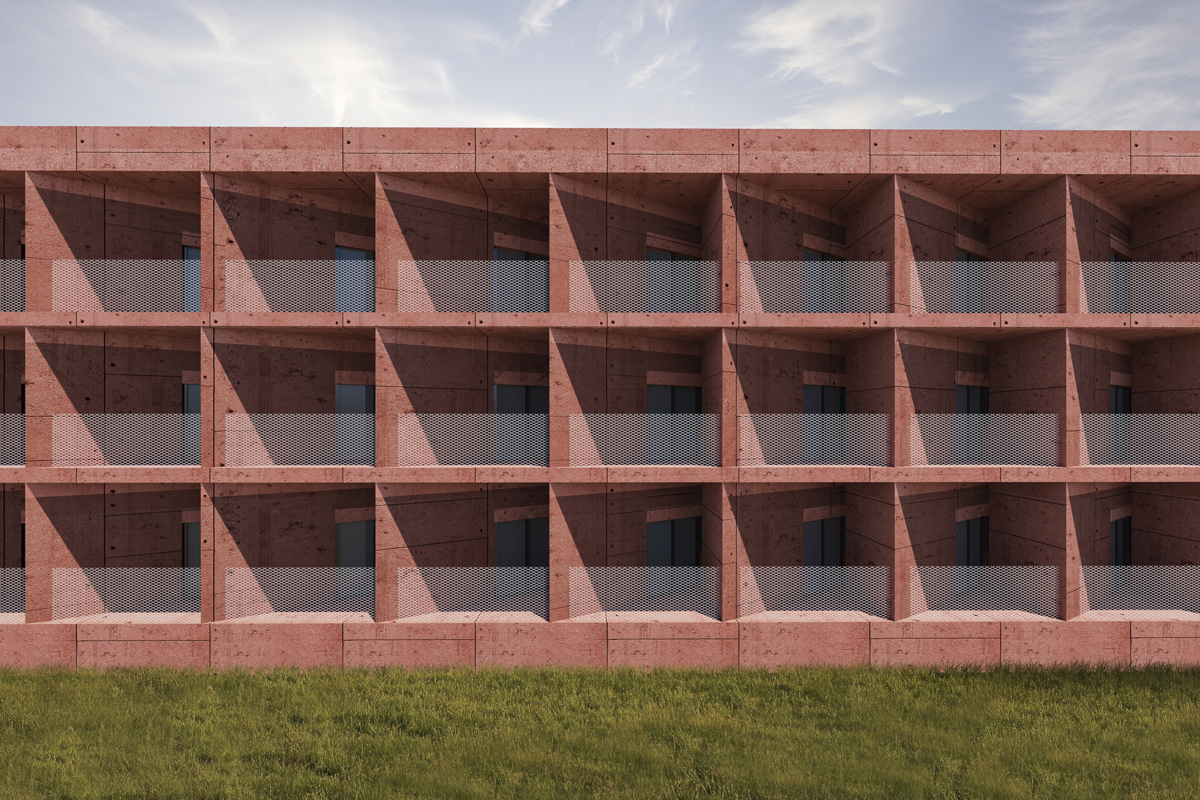 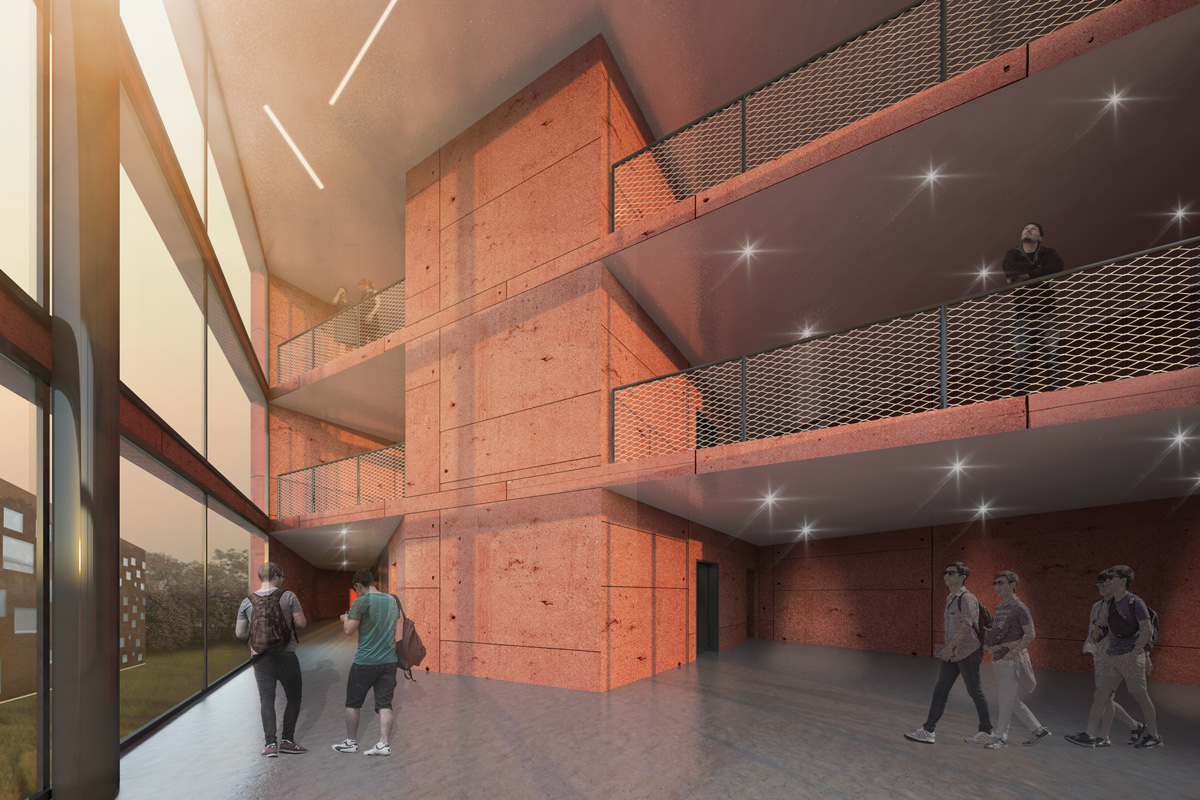 The project of a new building in the campus of Collegio di Milano is structured in four fundamental operations:
1 ° Natural scenery: preserve the wide garden without barriers. Voids among buildings is undeniably the archetype of student campus.
2 ° Built scenery: the new building is a backdrop that marks the edge of the campus, while occupying a minimum foot print.
3 ° _Forma: shaping of the new building comes by molding Zanuso’s facade on it.
4 ° _Materiality: the desire to keep a strong dialog between the two buildings has led to use red cement as new building skin. 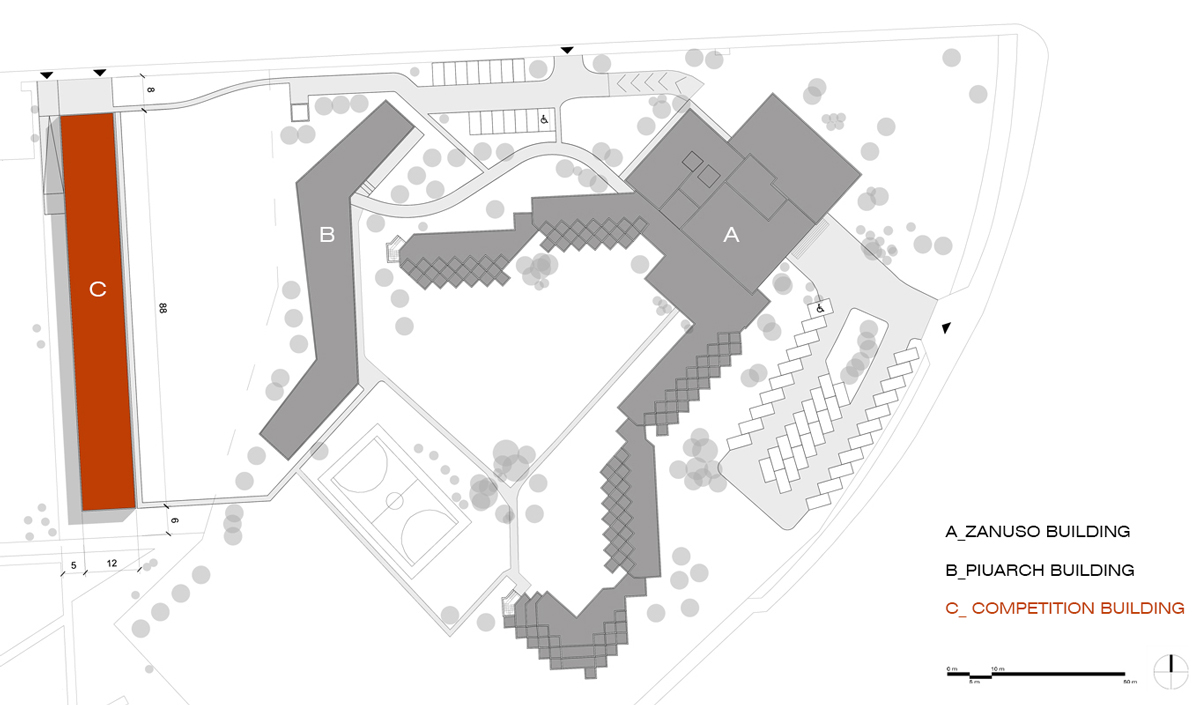 Urban setting
The first operation come from the desire to continue the big campus garden in the new plot of Collegio di Milano, and don’t create the usual silly landscaping around a building.
This leads us to conceive a background architecture whose position is fully aligned to the west side of the lot, outdistanced only the legal five meters, leaving the green area as untouched as possible.
The new building is a backdrop in the form of a gigantic bugnato wall.

Architecture
The new building is a linear block in the form of a gigantic bugnato wall whose depth is kept to a minimum and is determined by the depth of the student bedroom plus the corridor.
From the main entrance, building functions goes progressively from public to private.

The emphasis on the hall treated as a covered square arises from the awareness that the difference between a great dormitory and a bad one relies on the quality of the collective spaces. In the project everything converges towards the triple height of the entrance lobby, the true heart of the building that hinges between the campus and the residential functions.

The iconography of the new college wing throws a bridge of continuity to the formal research of Zanuso, characterized by the emergence on the façade of the single room.

This character denotes strong emphasis on the individual into the collective, that is one of the main goal that Collegio di Milano foresees for their hosted students.
Zanuso building is all but an anonymous twentieth-century building, it looks like an ancient temple in its iconic formal power.
The ambition of the new wing of Collegio di Milano is to dialogue with that formal impetus and the calibrated and eloquent chiaroscuro composition.
The façade of the new building is ideally generated by the design of Zanuso: the convexity of the individual housing cells becomes concavity embedded in the concrete volume.
With the purpose to limit costs, the project construction technique is absolutely simple. It is based on reinforced concrete slabs, prefabricated floors and internal wall partitions in perforated brick alternating to glass partitions with alluminium frame.
The concrete of the façades is colored in mass and left in sight to highlight the architectural concept of the mold and to conform to the materiality of the existing building.